Christmas Without the Trimmings - Hunger at Christmas 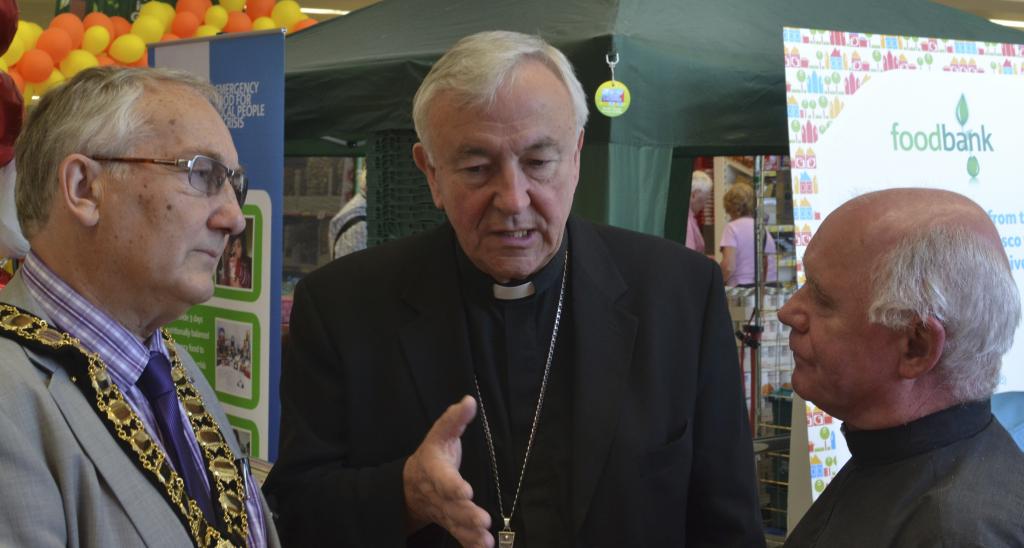 Pope Francis has launched a global wave of prayer to end world hunger. CSAN (Caritas Social Action Network) has called upon the Catholic community to reflect on the issue of food poverty in the UK and support those charities working to alleviate it. CSAN will be taking part in the global wave of prayer which is being organised by Caritas Internationalis together with Caritas’ across the world. As the Christmas season approaches, Catholic charities are running a number of special projects to tackle food poverty at this time of year.

Parishes across the diocese are taking part in social outreach projects over the Christmas period to help end hunger. For example, The Order of Malta and SVP will continue their ongoing work to feed the homeless three times a week from St James’, Spanish Place. There are numerous food collection stations and donation boxes in many churches, all of which will be donated to various charities and organisations working in partnership with Caritas. The Borehamwood food bank, one of the largest in the diocese, is putting on extra sessions to hand out food to those in need. In the last three months, it has seen a 50% rise in households coming to it for food. Thankfully, it has been awarded a £3,000 grant to help continue its good work over the busy Christmas period.

‘At Christmas the hardships in our society where 3.5 million children live in poverty and almost 350,000 people are resorting to food banks is thrown into sharp relief.

‘Christmas is traditionally a time of excess when most of us tuck into leftover turkey sandwiches for days after Christmas but for many families this year the prospect of a meal with any meat is little more than a dream.

‘Catholic charities up and down the country are doing their best to alleviate the pain and suffering of families living in poverty, not only in this season of good cheer but throughout the year. They are taking up Pope Francis’ call to be a Church of the poor - and not just at Christmas.’

‘The shocking fact that 5,500 people have been admitted to hospital for malnutrition is an indication of the scale of food poverty here in the UK. In the sixth richest country in the world, this is inexcusable.’

For further information on the work of CSAN to end hunger, go to www.csan.org.uk

For photos of Archbishop Vincent's visit to the Borehamwood Foodbank this year, please see HERE