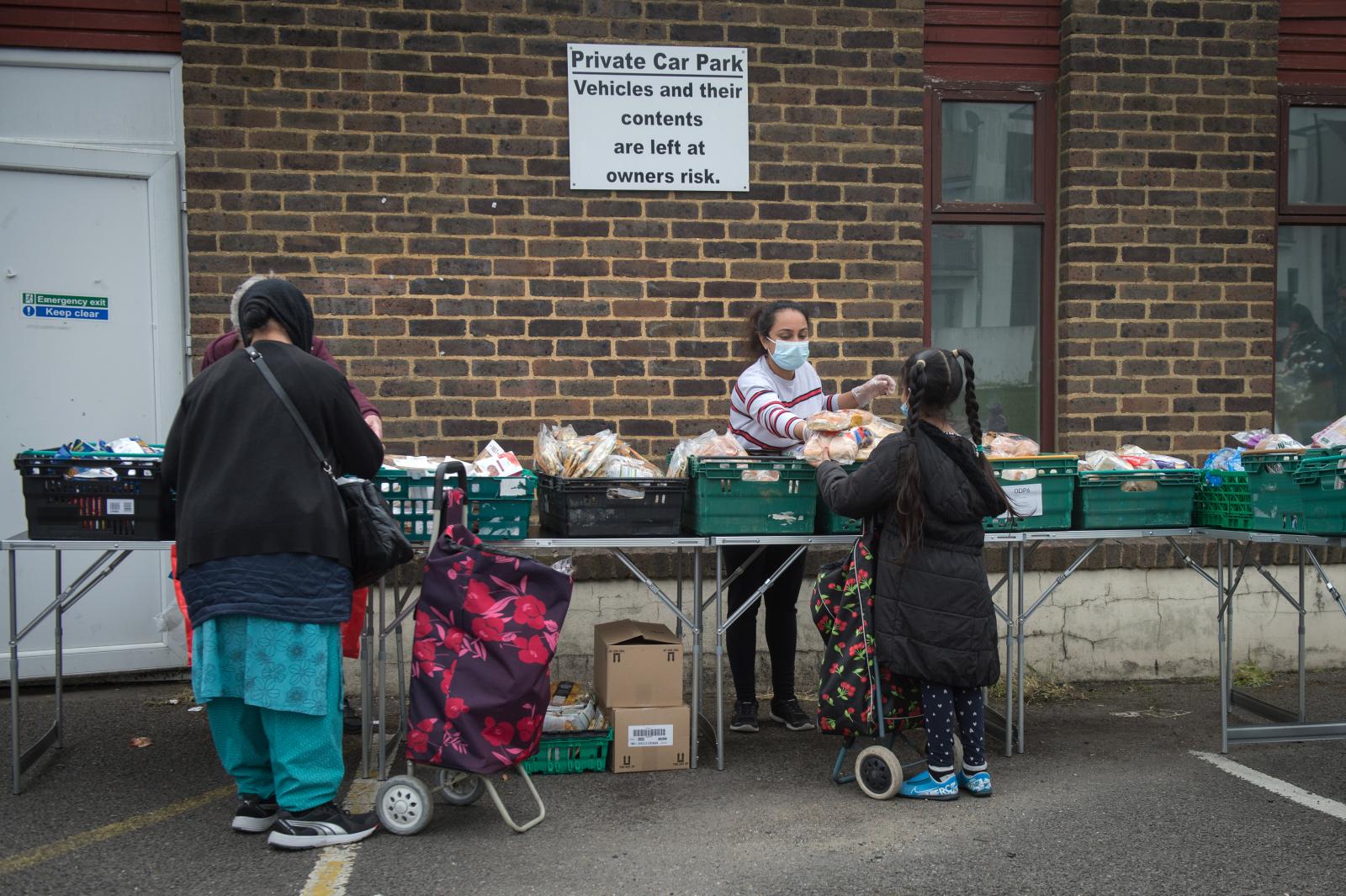 Holy Saturday marked two years since Caritas Westminster distributed the first emergency supermarket vouchers in response to the Covid-19 pandemic. Since launching in 2020, the voucher scheme has supported more than 11,000 people from over 3,500 households across London and Hertfordshire.

As the effects of the pandemic set in, parish priests and school staff saw more requests for help as foodbanks witnessed demand increase by up to 400%. The emergency supermarket voucher scheme aimed to alleviate this pressure, allowing beneficiaries the dignity of shopping to their own needs, while allowing foodbanks to focus on supporting people who were shielding.

As the pandemic unfolded, what began as a temporary measure became a lifeline for thousands of families across London and Hertfordshire. In the past two years, 127 parishes and schools in the Dioceses of Westminster and Southwark have distributed supermarket vouchers to vulnerable families in their communities.

Reflecting on the voucher scheme, Cardinal Vincent Nichols said: 'I am proud that the supermarket voucher scheme in this diocese is a crucial part of a response to this continuing crisis, protecting the dignity of those who use the vouchers in accessing food and essentials. I am grateful to all who contribute generously to this scheme.'

Feedback from beneficiaries showed that many households were already struggling to feed their families; the pandemic and ensuing lockdowns exacerbated this situation further. About half of those receiving vouchers experienced loss of income, some as a result of unemployment caused by the pandemic. However, 48% of those who received vouchers were on low incomes, with many in this situation before the pandemic.

One headteacher at a school in East London which has been giving out vouchers said that: 'The community has been damaged by Covid, and things are getting significantly worse. The vouchers have been a relief for some parents who are struggling. A £20 voucher doesn’t solve their problems, but [it gives] some people breathing space, and lifts a little weight from their shoulders, so that they can relax a little for the next few days.'

Some families are finding things harder now in 2022 than they did in 2020. With the end of the £20 uplift to Universal Credit, the rise in National Insurance contributions and a cost of living crisis, many more households are struggling financially. According to the charity National Energy Action, the recent hike in fuel prices has brought the total number of ‘fuel poor’ households in the UK up to six million.

Caritas Westminster has therefore decided to continue providing supermarket vouchers as part of its short-term relief, whilst also providing long-term support through its Road to Resilience programme. One-third of the parishes and schools that have distributed vouchers are working on building transformational and sustainable social action projects that can support people in the community to build up their resilience to future shocks.

The initial Caritas emergency supermarket voucher scheme, and its subsequent continuation, has been made possible by the generosity of the Albert Gubay Charitable Foundation, the Cardinal’s Lenten Appeal, and the St John Southworth Fund.