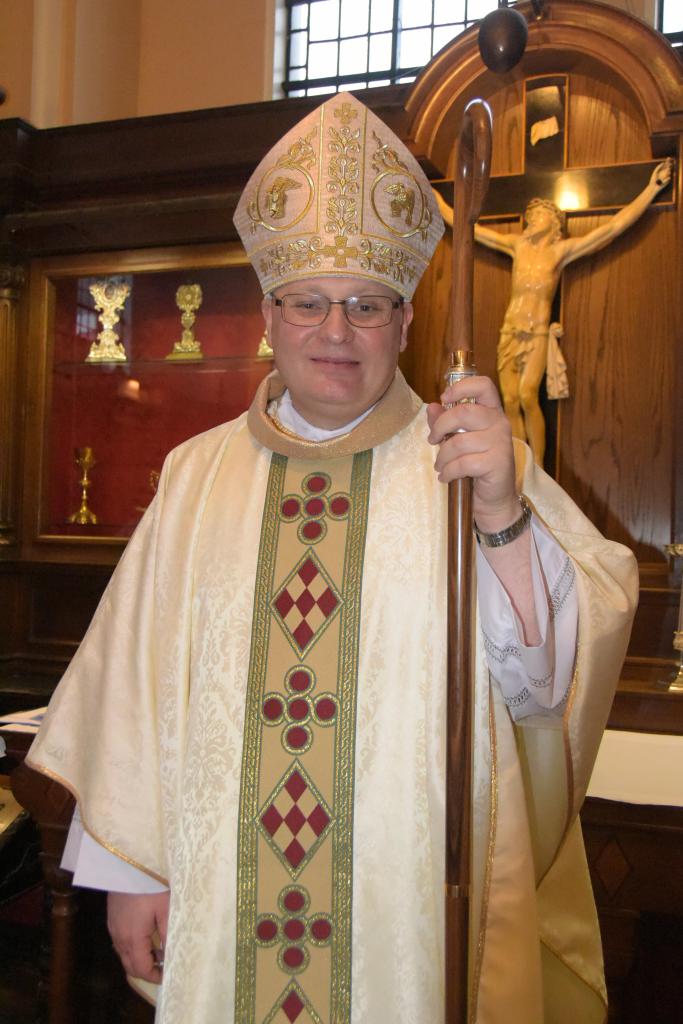 The Holy See announced on 10th June that Pope Francis has appointed Bishop John Wilson as Archbishop of Southwark.

Speaking of his appointment, Archbishop-elect Wilson said: ‘Someone once said if you want to make God laugh, tell him your plans. In whatever way I might have imagined God’s plan for my life to unfold, the news of my appointment by Pope Francis as the new Archbishop of Southwark came as a complete surprise. I am grateful to His Excellency Archbishop Edward J Adams, the Apostolic Nuncio, for his encouragement, and for reminding me of C S Lewis’ invitation to be “surprised by joy”. It is the joy of the Gospel, the Good News of God’s love for the world in his Son Jesus Christ, that sustains and animates the Church’s mission in which I am to share in a new way.

‘To say I am deeply humbled by my appointment, while absolutely true, hardly seems adequate. It is an immense privilege and I will do my very best to serve joyfully after the example of the Lord Jesus, the Good Shepherd. Aware of my unworthiness and limitations, and with more than a little trepidation, I am grateful to Pope Francis for entrusting me with this new mission in the service of the Lord and his people in the Archdiocese of Southwark. There is so much that is new to me and I know I have much to learn. I rely totally on the Holy Spirit to guide my new ministry of witnessing to the love of God for each person so that we might be evermore a Church of joyful missionary disciples, alive in Christ, our risen Saviour.

‘For the past three and a half years I have served as an Auxiliary Bishop in the Diocese of Westminster. Through the great kindness and example of Cardinal Vincent Nichols, together with the support of my fellow Bishops, and the clergy, religious and lay people of the Diocese, I have begun to understand what it means to exercise episcopal ministry. I move to Southwark grateful to the Cardinal for all I have received in Westminster, and not least from the parishes of the western pastoral area and the schools and colleges of the Diocese, for which I have had particular oversight. There have been so many blessings for which I thank the Lord sincerely. I also remain indebted to the Diocese of Leeds where I was nurtured as a priest, and to my family and friends for their constant support and encouragement.

‘I have received a warm welcome from Archbishop Peter Smith for which I thank him sincerely. I know how much he and his ministry will be missed. I am so pleased that he will be retiring within the Archdiocese. His continued presence and counsel is a great reassurance. We will continue to build on the important foundations he has put in place.

‘It is with faith-filled anticipation that I look forward to sharing the Church’s mission with Bishop Patrick Lynch and Bishop Paul Hendricks, and with the priests, deacons, religious and lay people of the Archdiocese. Together we step out into the future with confidence, trusting that the Lord is indeed with us. As we deepen our love for him, we will continue to look outwards in the service of our brothers and sisters, not least the weakest and the poorest.

‘The Lord Jesus says to each of us “I call you friends” (Jn 15:15). It is in friendship that I come, a friendship as wide and embracing as the wonderful variety of people and places within the Archdiocese of Southwark, both inside and beyond the Church.

‘I am reminded again today of the words of Pope Francis which I take to heart: “The bishop must always foster this missionary communion…following the ideal of the first Christian communities, in which the believers were of one heart and one soul (cf. Acts 4:32). To do so, he will sometimes go before his people, pointing the way and keeping their hope vibrant. At other times, he will simply be in their midst with his unassuming and merciful presence. At yet other times, he will have to walk after them, helping those who lag behind and – above all – allowing the flock to strike out on new paths.” (Evangelii Gaudium 31)

‘My appointment is announced on the feast of Mary, Mother of the Church. May Our Lady, with her heavenly maternal care, pray for everyone in our Archdiocese. May she, the Star of the New Evangelisation, teach us to love Jesus as she loves him so that others too might know his love.

‘Please be sure of my prayers for you and for our journey together in faith, hope, love and joy. And please pray for me as I prepare to begin this new ministry of service as a witness to Jesus Christ.’

Archbishop Smith said: ‘It was with great delight that I received the splendid news that Pope Francis has appointed Bishop John Wilson as the next Archbishop of Southwark. It was nine years ago today that I was installed as the 10th Archbishop of this Archdiocese, and I am pleased to pass on my responsibilities to such a capable successor. The Archdiocese of Southwark has a vibrant and multi-cultural Catholic population to which Bishop John will bring new energy and enthusiasm. I wish him every blessing for his episcopal ministry in Southwark and assure him of my prayers and good wishes.’

Cardinal Vincent Nichols said: ‘On behalf of the people, priests and religious of Westminster I assure Archbishop-elect Wilson of our whole-hearted support and prayers as he moves to take up his role as Archbishop of Southwark. We thank him most warmly fort his service in Westminster both as an area bishop and a dedicated part of episcopal oversight of the Archdiocese, especially in education.’

The Archdiocese of Southwark is part of the Metropolitan Province of Southwark, which covers the South of England. The Cathedral Church is St George’s Cathedral, Southwark. The Archdiocese covers the London boroughs south of the Thames, the county of Kent and the Medway Unitary Authority. Southwark was one of the dioceses established at the restoration of Catholic hierarchical structures in 1850 by Pope Pius IX.

Archbishop Elect John Wilson was born on 4 July 1968 in Sheffield. He studied for a Bachelor of Arts degree in theology and religious studies at the University of Leeds and began formation for the priesthood for the Diocese of Leeds at the Venerable English College, Rome in 1989. During his seminary training he completed a Baccalaureate in Sacred Theology at the Pontifical Gregorian University and a Licence in Moral Theology at the Accademia Alfonsiana. He was ordained a deacon on 13 July 1994 by Bishop Cyril Restieaux

In 1999, he was appointed Lecturer in moral theology at St Cuthbert’s Seminary, Ushaw College, Durham. He also completed a PhD at Durham University and latterly served as Vice Rector. In 2005, he was appointed Episcopal Vicar for Evangelisation in the Diocese of Leeds, a role he held until 2012.  From 2008 to 2014 he was also sessional chaplain at HMP Leeds. In 2011 he was named a Chaplain to His Holiness by Pope Benedict XVI. During the vacancy of the see, he was elected Administrator of the Diocese of Leeds by the College of Consultors from September 2012 to November 2014. From 2015 to 2016 he served as Parish Priest of St Martin de Porres, Wakefield.

On 24 November 2015 he was appointed Auxiliary Bishop of Westminster and Titular Bishop of Lindisfarne by Pope Francis. He was ordained to the episcopate by Cardinal Vincent Nichols on the Feast of the Conversion of St Paul, 25 January 2016. He had pastoral care of the deaneries in the western area of the diocese. He was also Chair of the Education Commission and had oversight of ecumenical work and inter-religious dialogue at diocesan level. He was also responsible for Liturgy, Art and Architecture, as well as the Historic Churches Commission.

On 10 June 2019 he was appointed Archbishop of Southwark by Pope Francis on the retirement of Archbishop Peter Smith. His installation will take place in St George’s Cathedral, Southwark, on 25 July 2019, the Feast of St James the Apostle. 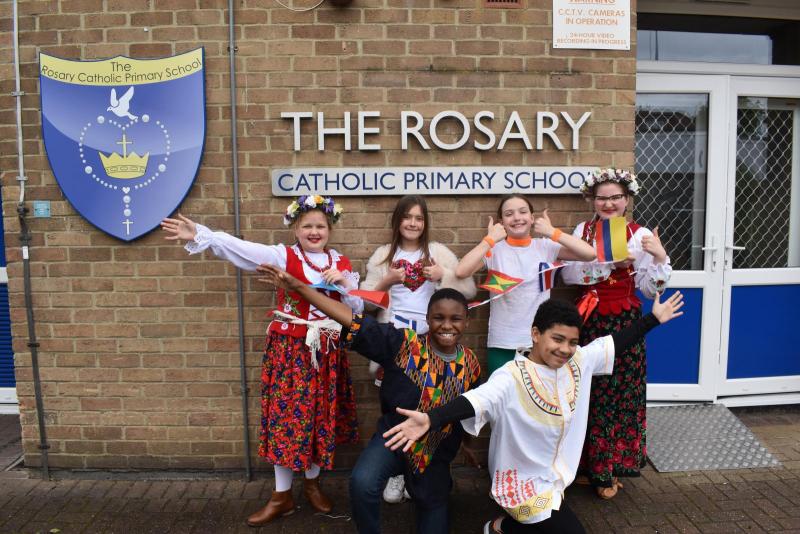 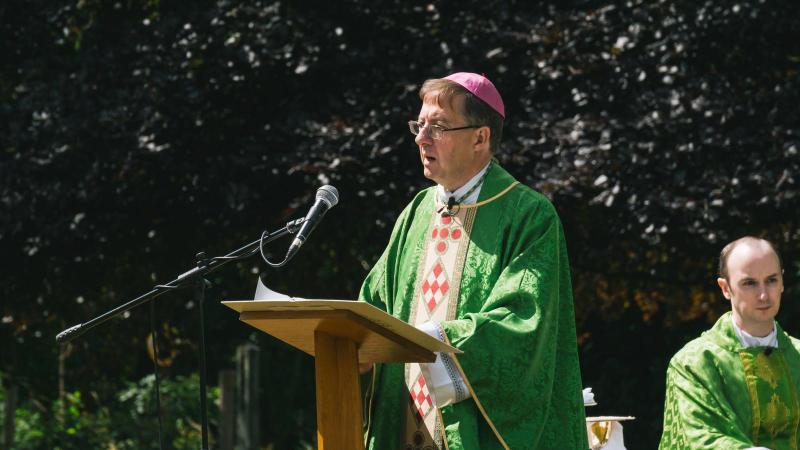 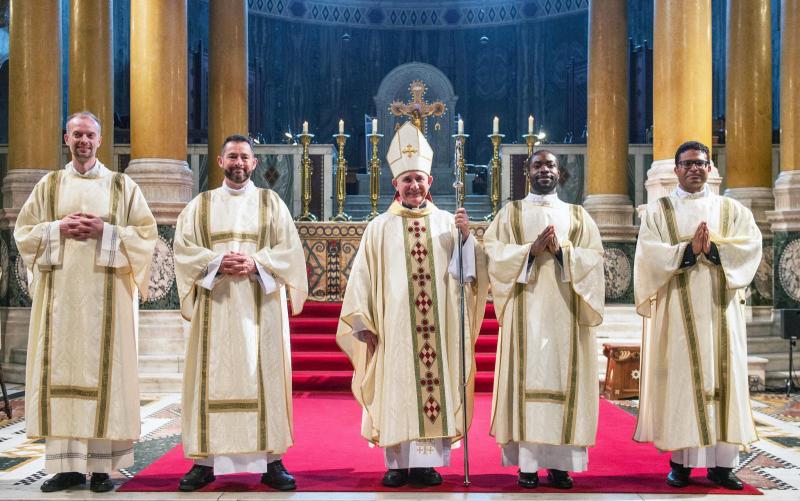 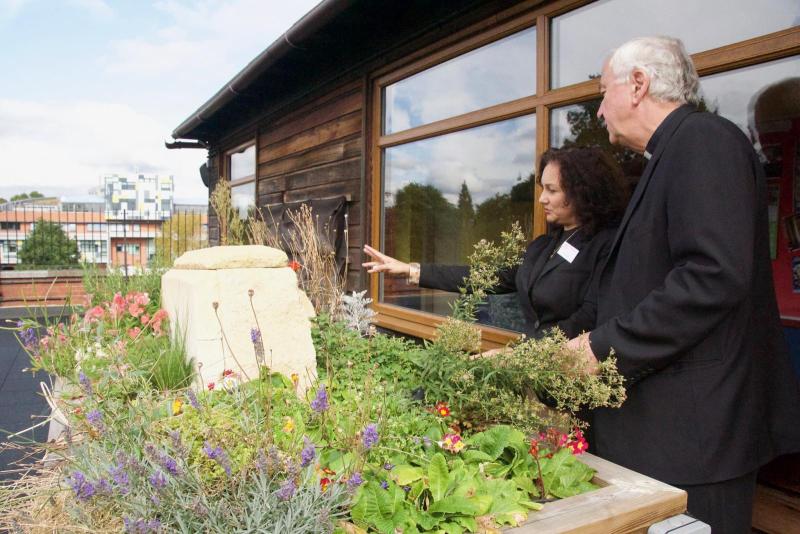