At The Stroke of Midnight 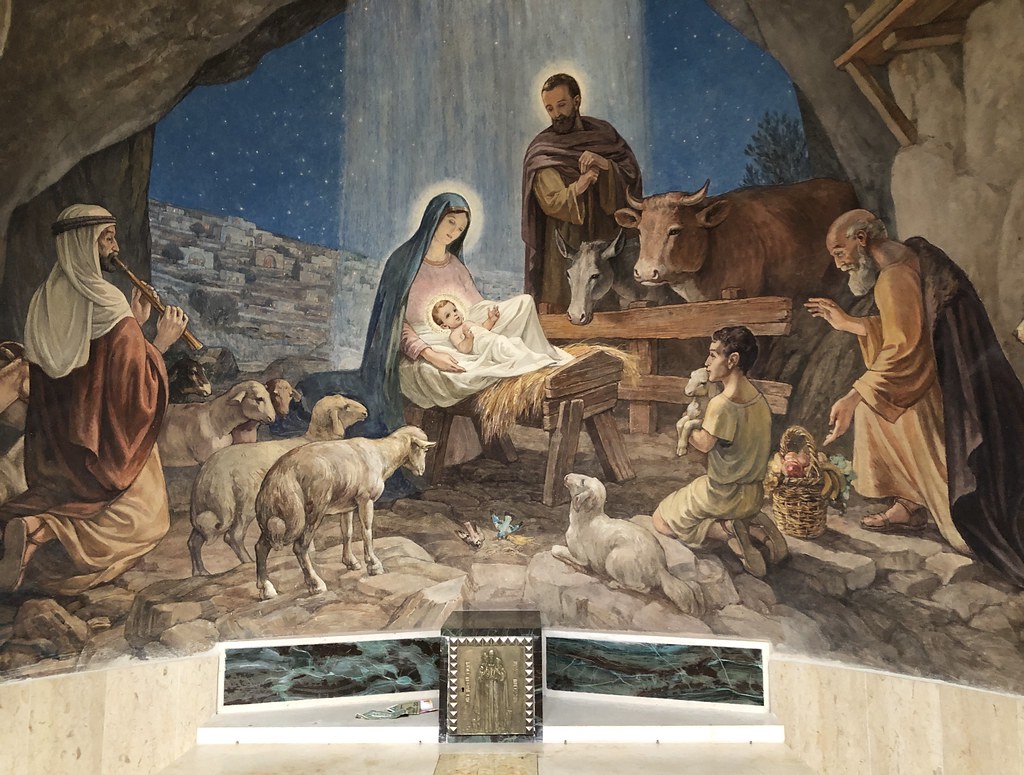 We all become like children on Christmas Eve. Despite the pressures and expectations, it is hard not to revert to a state of excited anticipation. Rather like Holy Saturday, the day is completely orientated to the one that follows: a time of last minute preparations, whether it be in the shopping centre, the kitchen or the sacristy. But as the clock ticks towards midnight, there is a tangible sense that we are entering ‘sacred time’.

As midnight approaches, there are all sorts of customs and traditions that are observed in honour of the Incarnation. In many cultures, Christmas Eve is taken up with decorating the tree and giving presents to loved ones. Traditionally it was a time of fasting and abstinence, preparing body and soul for the great feast. In Eastern Europe a meatless ‘Holy Meal’ is eaten, once the first star in the night sky is spotted. A candle is placed on the table to represent Christ and the presence of hay serves as a reminder of the manger. In Italy there is the famous ‘Vigilia’ meal, sometimes called the ‘Feast of the Seven Fishes’.

As the shadows lengthened the Yule Log was customarily lit in many fireplaces, ideally kindled from the previous year’s log. If circumstances allowed, this was left burning through the Twelve Days of Christmas and it was considered to bring both warmth and good luck to the house. In our age of central heating, the most common log to be found in people’s homes is much smaller and made of chocolate.

There are some wonderful traditions connected with the midnight hour. Churches would ring their bells as the moment of Christ’s birth approaches. Dewsbury Minster in Yorkshire takes this one step further by ringing the tenor bell for each year that has passed Anno Domini (therefore it will be 2,018 times this year). The ringing, which is completed by midnight, is meant to constitute the ‘Devil’s Knell’, for his cause was decisively defeated on this holy night. The bell concerned was given in the fifteenth century by Thomas de Soothill in reparation for murdering a servant.

My favourite Christmas Eve customs concern the animal world. As a child I was told that Ashley, our tortoiseshell cat, would go down the garden to the place where Stripe the rabbit lived in his hutch. Together they would kneel down at the stroke of midnight. We, of course, were conveniently at Mass and, besides, Ashley was a rather superior creature and would certainly not make this little act of piety if she was being watched. My mother based this story on the tradition that cattle turned east and knelt in the fields on Christmas night, remembering what their ancestors had done at Bethlehem. In Herefordshire, we are told, the only cattle that knelt were aged seven years, for that was the age of the animals that warmed the crib.

Thomas Hardy was familiar with this folk belief, referring to it in Tess of the d’Urbervilles. One night an old fiddler, William Dewy, was returning from a wedding celebration and took a short cut across a field. He found himself confronted by an angry bull, which he tried to calm by playing his fiddle. However, every time he stopped playing in order to climb the hedge, the animal became aggressive once again. Then the old man devised a cunning plan:

Well, then he called to mind how he'd seen the cattle kneel o' Christmas Eves in the dead o' night. It was not Christmas Eve then, but it came into his head to play a trick upon the bull. So he broke into the 'Tivity Hymn, just as at Christmas carol-singing; when, lo and behold, down went the bull on his bended knees, in his ignorance, just as if 'twere the true 'Tivity night and hour. As soon as his horned friend were down, William turned, clinked off like a long-dog, and jumped safe over hedge, before the praying bull had got on his feet again to take after him.

It is also said that at midnight animals talk among themselves and that bees hum the Hundredth Psalm in their hives. We may be tempted to dismiss these beliefs as picturesque superstitions belonging to a past age but they express a beautiful truth. Just as the Fall of Adam left a scar on the whole of creation, so the coming of the New Adam decisively turned things round. In the words of Romanos the Melodist, ‘the Virgin…brings into the world the Eternal and the earth offers a cave to the Inaccessible’. No wonder even the bees and cattle, each in their own way, give thanks and praise to the Infant King!