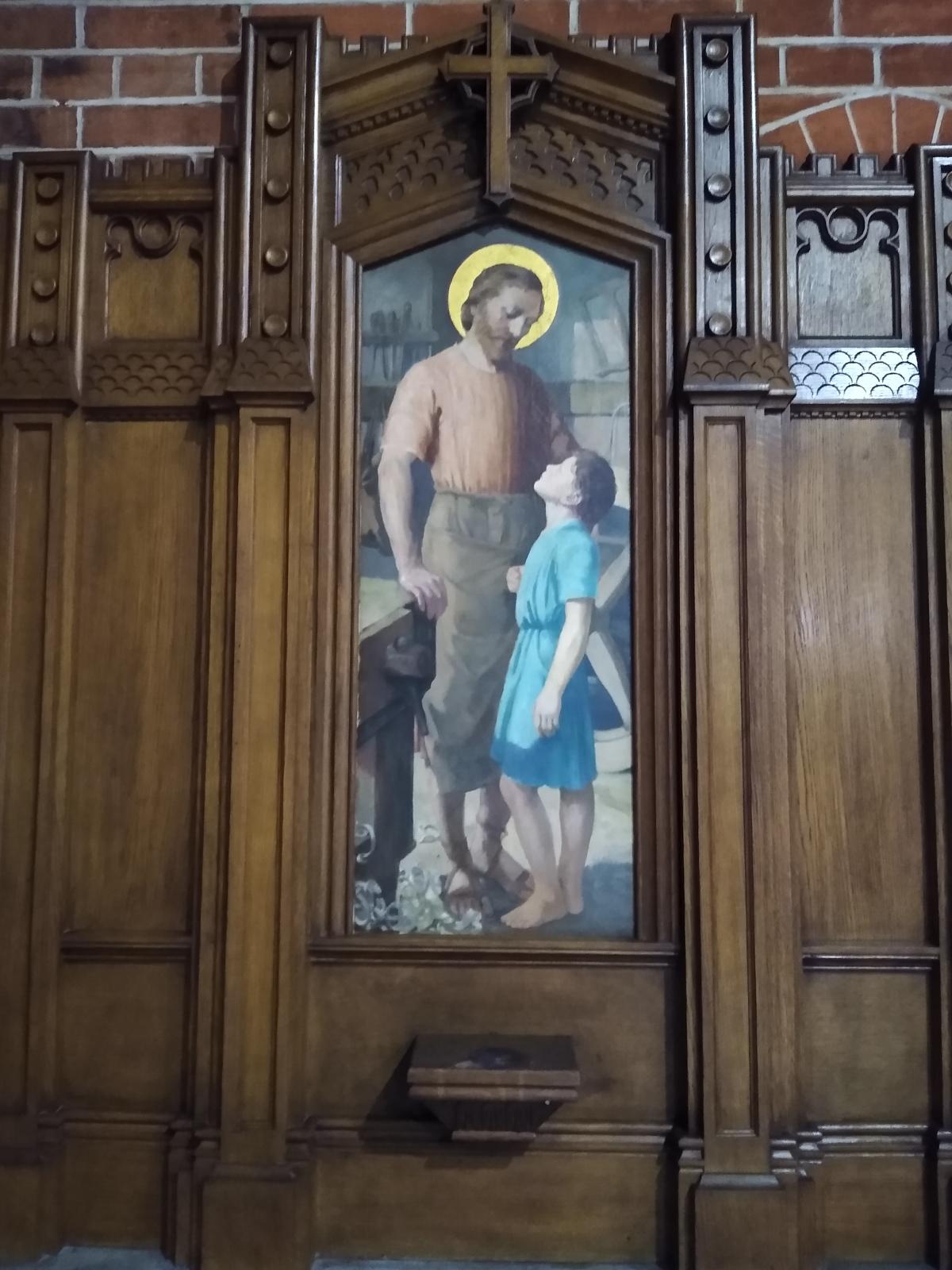 As part of our celebration of the Year of St Joseph and  Amoris Laetitia-Family we are inviting a variety of voices from groups to share their journey with us.

We are grateful for these thoughts from John Corcoran, a Relationship counsellor with Catholic Marriage Care (Image: Corpus Christi, Bournemouth).

I first sought help from St Joseph, not through devotion but through desperation. My day job was, by its nature, littered with opportunities for error both in calculation and judgement. An increasing workload and a difficult Manager made for a stressful environment at work, and I had come to dread going in each day. I can’t recall how it actually came about, but at some point, I started to say a daily morning prayer to St. Joseph, not to do a good day’s work – I knew I was capable of that anyway – but solely to request that the day would pass without any major disaster and all the attendant consequences.

After a while, it seemed to me that apart from the usual ups and down associated with my job, I hadn’t actually experienced any significant upsets since I added St Joseph to my daily prayers. I’ve never been a person who made a point of prayer to the saints, (with the exception of the usual prayer to St Anthony when I’d lost something) and indeed it felt to me to almost border on superstition. Nevertheless, I became convinced that this was an effective practice, and if it ain’t broke, why fix it?

Then it occurred to me that all my children, and my wife’s children, were adults in full time work, and perhaps they too sometimes dreaded what the day might bring in the workplace. So, I began to include in my morning prayer all my loved ones, as they prepared themselves to earn another day’s living in a sometimes-harsh world of work. Not all of them believe in St Joseph I guess, and I’ve never shared with them that I make this specific prayer on their behalf each day – I just do it and hope that it works for them as it has done for me.

Now, St Joseph wasn’t just a carpenter of course, he was Mary’s husband and parent to Jesus. This has a couple of aspects for me. The more straightforward is simply to look for inspiration in parenting. Our children are all adults, but that doesn’t mean that they don’t need the love and support of their parents. In addition, there are now quite a number of grandchildren, so it seemed reasonable for me to include in my prayer a request on behalf of our grown-up children, that they could be guided and strengthened in raising their own young children.

Naturally then, I ask St Joseph for help with being both a parent and a grandparent. The other aspect of St Joseph is that he was effectively the parent of a child who most certainly was not his own natural offspring. It happens that my wife and I each have our own children from our previous marriages, so that we are what is called a blended family. This makes for a very varied and rich set of relationships, with some judgement calls to make along the way. By this I mean the questions around being fair and appropriate in each separate relationship between myself and six very different adult offspring.

For instance, an observation on parenting style which might be welcomed (or at least tolerated) by my own children, could be experienced as unwarranted criticism by my wife’s children. None of this stuff is any different from that which is being experienced every day in blended families, but what struck me was the need for a guiding principle. Hence, I wondered, how did Joseph relate to Jesus? The crux of this being, was Joseph merely dutiful or was he joyous in the way he was towards Jesus? I suppose that duty would always come into the picture, but I choose to believe in the joyous aspect as being fundamental to the way they loved each other.

So, I now have something from my prayers to St Joseph which definitely isn’t anything like superstition based on saintly intervention. What I have is a way of being that is specific to both my children and my wife’s children too. I work towards a joyous, celebratory relationship with each of them, and when there’s an upset, I say a little prayer to St Joseph – I don’t suppose he always got it right either! 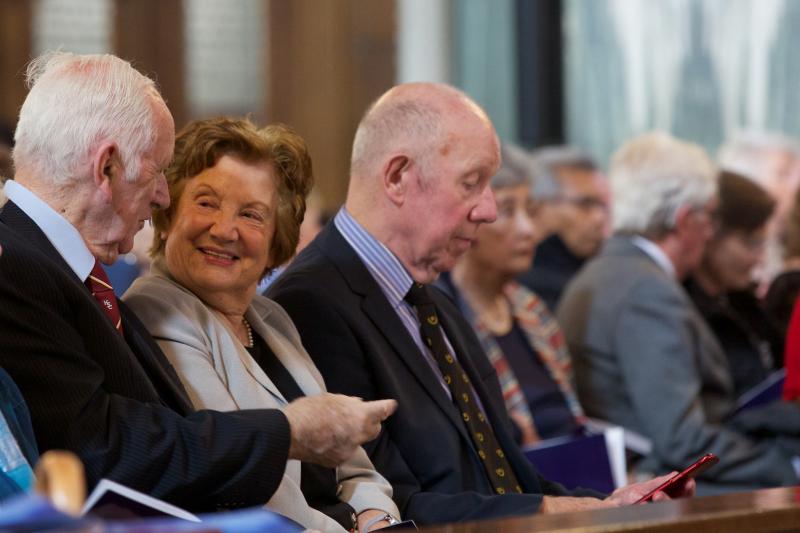 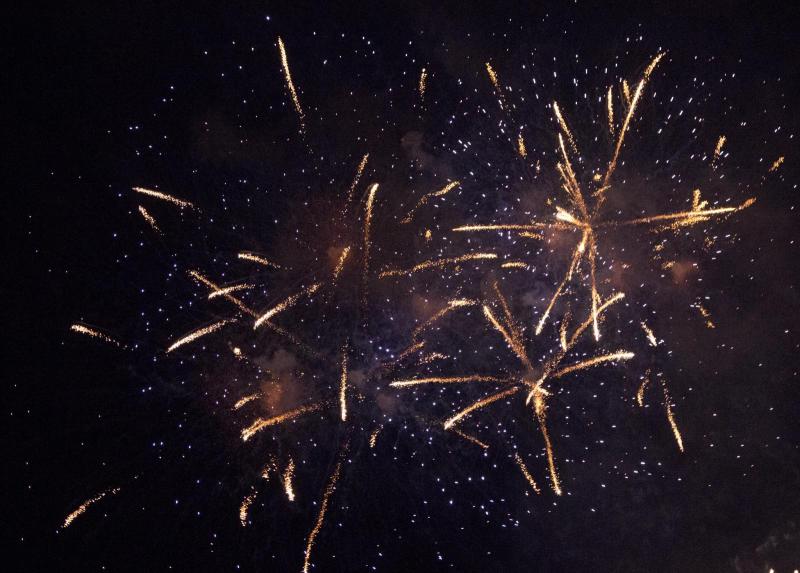 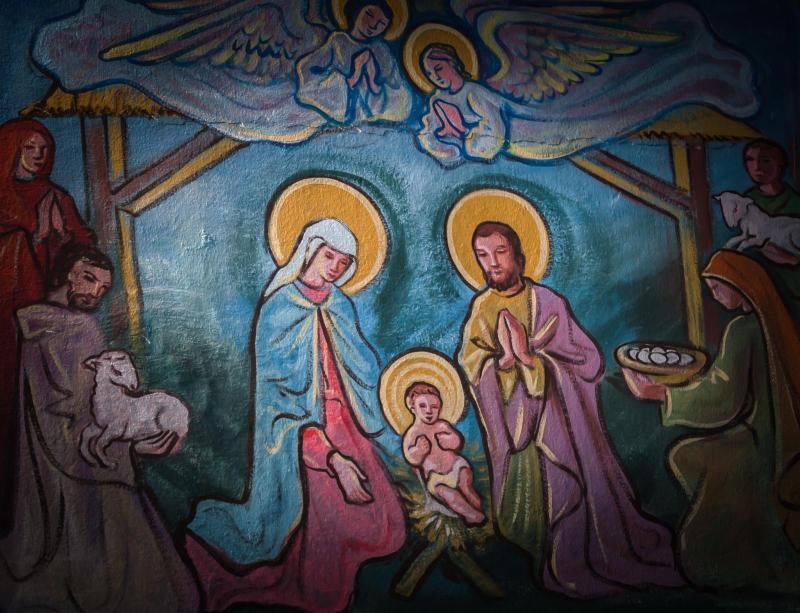 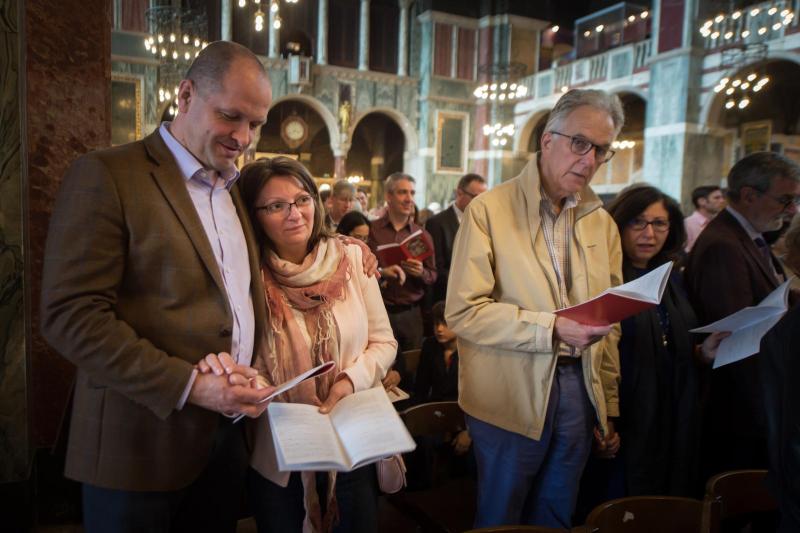