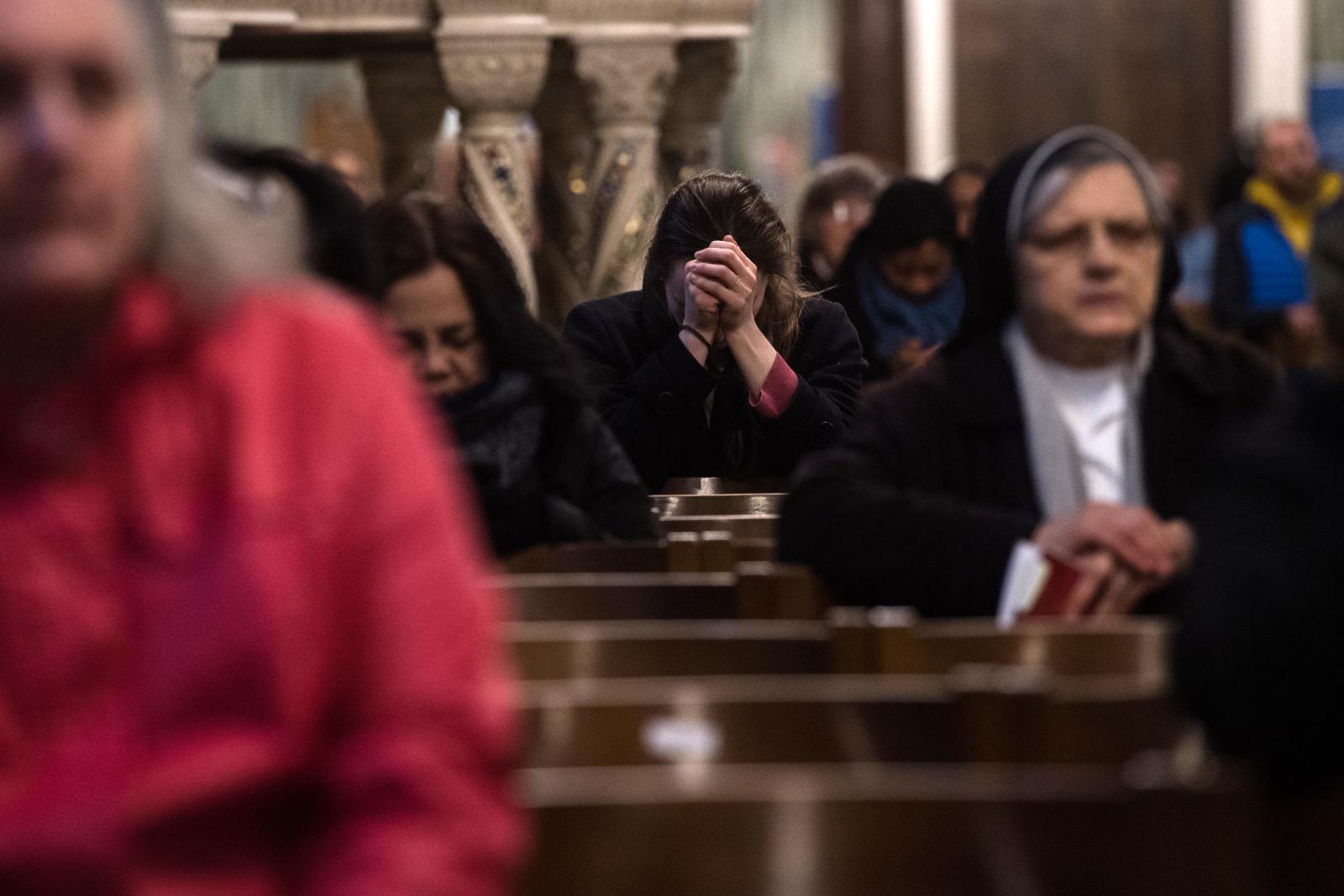 Praying the Mass is a process designed to help the Church in Westminster prepare to receive and use fruitfully the new edition of the Roman Missal and its new English translation.

Introduced by Archbishop Vincent Nichols for use across the diocese, it will provide parishes and schools with resources to renew our understanding and love of the Mass, and it will help us take the steps necessary to prepare for the new translation of the Mass which we will begin using later this year.

A series of resources produced for the first stage of Praying the Mass remain available. Arranged according to months 1-5 of the process, they can be downloaded from this website. This will be the most helpful way of accessing the materials. However in response to a number of requests the materials for leaders, adult parishioners and children have now also been compiled into three documents and these can be downloaded below.

A PowerPoint presentation has been prepared which might be found helpful to parishes and schools in situating Praying the Mass in the broader context of the new edition of the Roman Missal and the new English translation. The file ('Powerpoint introduction') can be downloaded from the bottom of this page.

Materials for the second stage of Praying the Mass are now available.

Useful information is also provided in Become One Body One Spirit in Christ an interactive CD-Rom produced by ICEL which offers a library of materials - audio, video and text based - on the nature and history of the Mass and the new translation and chants being provided in the Missal. Further background is provided in the very readable booklet Understanding the Revised Mass Texts, written by Fr Paul Turner. Copies of both these resources have alrady been made available to all the priests of the diocese, but they can also be obtained from Catholic bookshops or ordered directly using the links provided above.

During his recent State Visit to the United Kingdom Pope Benedict said:

"I encourage you now to seize the opportunity that the new translation offers for in-depth catechesis on the Eucharist and renewed devotion in the manner of its celebration. “The more lively the eucharistic faith of the people of God, the deeper is its sharing in ecclesial life in steadfast commitment to the mission entrusted by Christ to his disciples”(Sacramentum Caritatis, 6).

Pope Benedict XVI, 19th September 2010, To the Bishops of England, Scotland and Wales

In Westminster that work is now well underway.

Praying the Mass is a two stage process to assist the Archdiocese of Westminster to receive and use the new edition of the Roman Missal.

The first stage of Praying the Mass focused on our understanding of the Mass and how we pray it. It began in February 2011 and continued until July 2011.

The second stage begins in July and includes the introduction of the new translation of the Ordinary of the Mass (from September 2011) and the use of the full edition of the Missal (from the 1st Sunday of Advent 2011.) This second stage continues through the first months of 2012, particularly to assist parish communities as they prepare for the celebrations of Lent and Easter using for the first time the new translation and new chant settings.

A variety of resources have been prepared to assist parishes during this second stage.