We have to recognise how we are part of the dynamics which lead to the captivity of victims of human trafficking, says Cardinal. 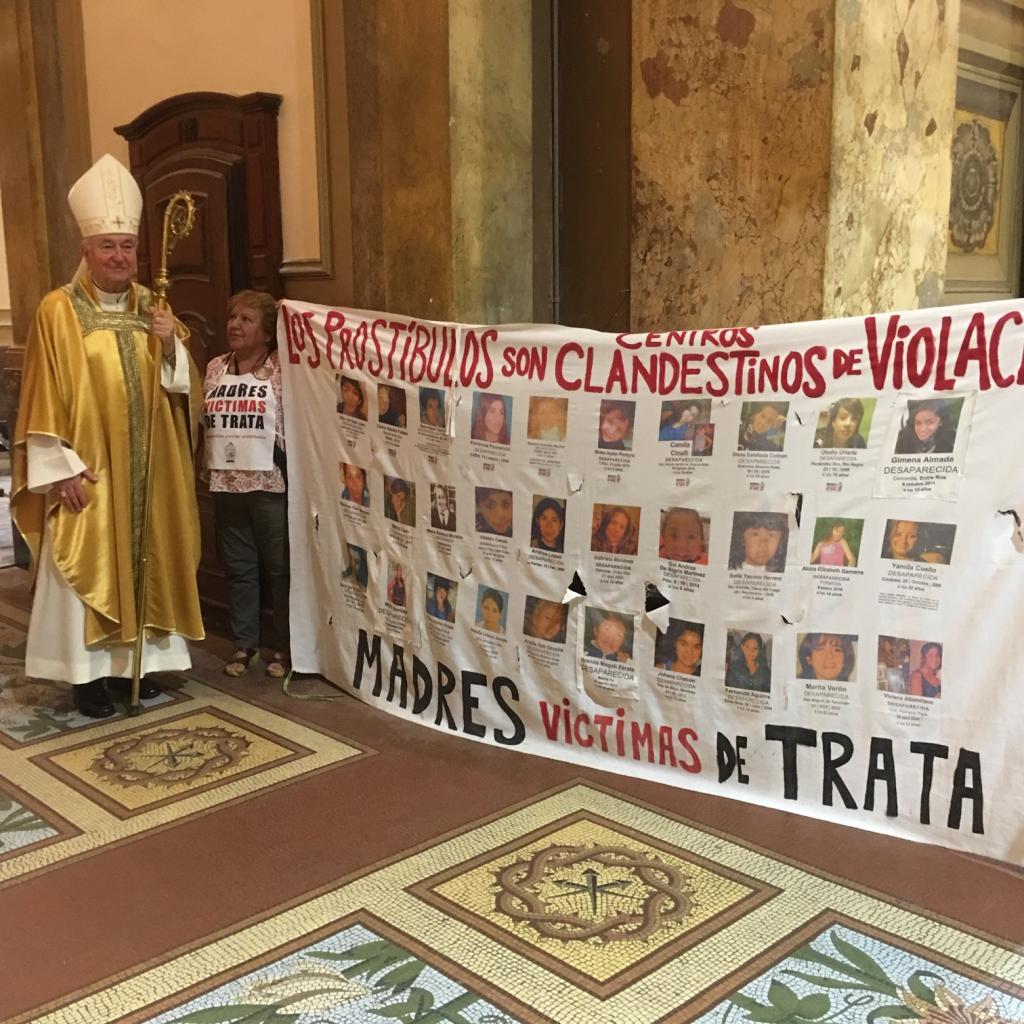 On the feast day of St Josephine Bakhita, the patron saint of victims of human trafficking, Cardinal Vincent celebrated the Mass opening the Latin American regional conference of the Santa Marta Group in Buenos Aires. In his homily, he reminded those gathered in the Metropolitan Cathedral of Buenos Aires that it is God's will to restore to all creation the dignity in which it was made: 'It is in this light that we undertake this struggle against human trafficking, so that this depth of dignity might be restored to those who have been taken captive, humiliated and rubbished. It is the light of the risen Lord that we wish to shine into this dark corner of our humanity.'

'Each victim of human trafficking is in prison,' he said,'the prison of modern slavery in which all autonomy is taken from them, in which total control over their lives is exercised, with cruelty, by those who think they ‘own’ them, in which all prospect of freedom has vanished, in which they live each day in fear, servitude and enforced poverty.'

Challenging the congregation, he added that the fate of these victims 'is not distant from us. We have to recognise how we too are part of the dynamics of life which lead to their captivity. In one way or another we are parts of the chain of supply and demand that results in their enslavement. We want cheaper goods, illegal or immoral pleasure, cheap services for our bodies or for our cars. We are part of the demand met by modern day slaves, part of the processes by which this slavery is one of the most profitable criminal activities in the world!'

He entreated everyone to play their part: 'Please pray for the success of this work. Please support it by increasing awareness of the reality of human trafficking in this society. Please, learn the best way to respond when you realise what is happening. Only together we will overcome this evil. Only together can we heal these wounds in the Body of Christ. Only with his strength and grace, which we receive in this great sacrament, will we have the courage and determination, the fire of the Holy Spirit, to carry out this mission.'

Cardinal Vincent is president of the Santa Marta Group, a global alliance of bishops, senior law enforcement figures, religious communities and NGOs working in partnership to tackle modern slavery and human trafficking. He is in Buenos Aires attending a regional conference of the Santa Marta Group hosted by partners in Argentina from 8th to 11th February. It is entitled Latin American Meeting on New Slavery and Human Trafficking 'Together against Trafficking in Persons'.