The struggle against human trafficking must focus on the protection of the vulnerable person, says Cardinal 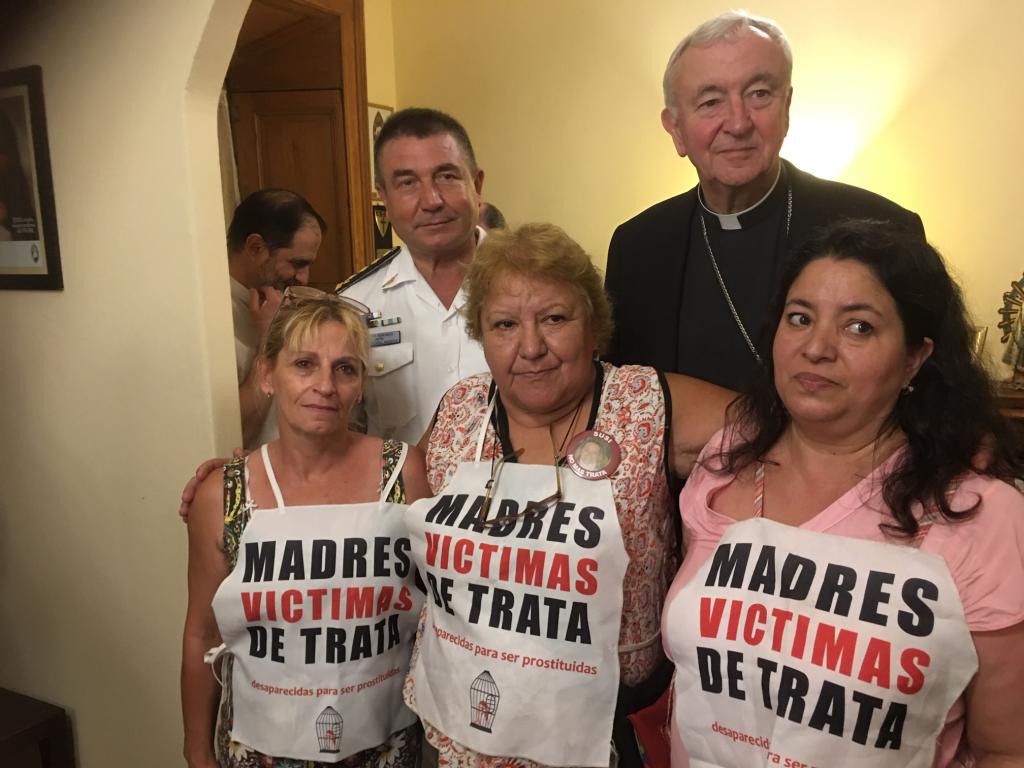 In the keynote address at the Santa Marta Latin American conference in Buenos Aires on 9th February, Cardinal Vincent emphasised the centrality of upholding human dignity in the fight against human trafficking.

'Our commitment to the struggle against human trafficking, as we see developing here, lies in our commitment to those who need protection from becoming a victim,' he said, adding, 'we have to maintain at the centre of our motivation the person, the vulnerable person who is the target of the exploiter. The focus must be on the human lives and how we put an end to the suffering and marginalisation endured by 40 million people across our world.'

This is key to the conviction that the dignity of every human person must be upheld: 'Human rights, then, are not bestowed by states, nor by legislation, nor by family of origin, nor by wealth, status or power. Those rights arise from that dignity and that dignity, in the eyes of faith, comes from God alone.'

He also noted that 'Every day we come face to face with what is simply known as the mysterium iniquitatis, the presence of evil, which we struggle to understand and even to counter.'

He said: 'If our words and our work are to find credibility, then we have to have the courage to look this evil in the face and not hide or deny its features and the ways in which it touches us. This is true of human trafficking.'

Our task, he said, is 'to hold together, every day, the brutal reality of evil, in all its forms, with the reality of our God-given human dignity.'

Victims of human trafficking, he said, 'fall into the nothingness of dehumanising slavery, losing every shred of autonomy, every prospect or hope, enduring daily cruelty and the most demeaning of work. Yet the breath of God moves in them still and they long for the light. It is our determination to work for that to be restored to them. And to that end we must work together.

'This vision, of the true nature of human dignity and of the way in which we are to face the reality of this evil in our midst, has to be translated into practical steps.'

He outlined several steps beginning with 'the person always remains at the centre of our action and awareness'. From this, the other steps follow: prevention and the pursuit of perpetrators, rescue and rehabilitation of victims, educating communities to open their eyes to the 'invisible reality of huma trafficking and modern slavery in their midst', and to work together to find resources needed to fight this evil.

Part of the work of the Santa Marta project is to build trust among victims, law enforcement, governments and the Church.

The following day at Mass at the Shrine of Our Lady of Luján, the Cardinal preaching the homily said: 'I ask all of you to support us with your prayers, with a growing awareness of the realty of human trafficking and slavery in your midst and with a readiness to help in this work.'

Noting that Our Lady of Luján 'is known by countless people throughout this country, and this continent, as the "Mother of the humble and poor, Mother of those who suffer and simply hope",' we  'commend to her those who are suffering as victims of human trafficking, those who have lost all hope and who are locked into the darkness of their captivity.'

At the end of the Conference, the Cardinal called upon governments around the world to act on their commitment to assist victims of human trafficking: 'Most countries in the world have signed this protocol and ratified the measures to assist victims. However, they have turned their backs on this responsibility and are not acting upon this agreed commitment. In the UK a hostile environment towards migrants has been created and victims of trafficking have been criminalised, despite promises to support victims of this horrendous crime which sees so many kept in slavery.

'As the Santa Marta Group we will pursue this issue and continue to push for the victim to be at the centre of all we do. I have been inspired by the testimony of those working with victims in Argentina, and the leadership of Commissioner General Roncaglia head of the Argentinian federal police whose commitment to fighting human trafficking shows the way forward.

'This is not about public image, but about effective action and while there is much work to do, this conference inspires us on the way forward. This is an international crime, one of the most lucrative crimes in the world, and it requires an international response as well as the local care of the victim.'