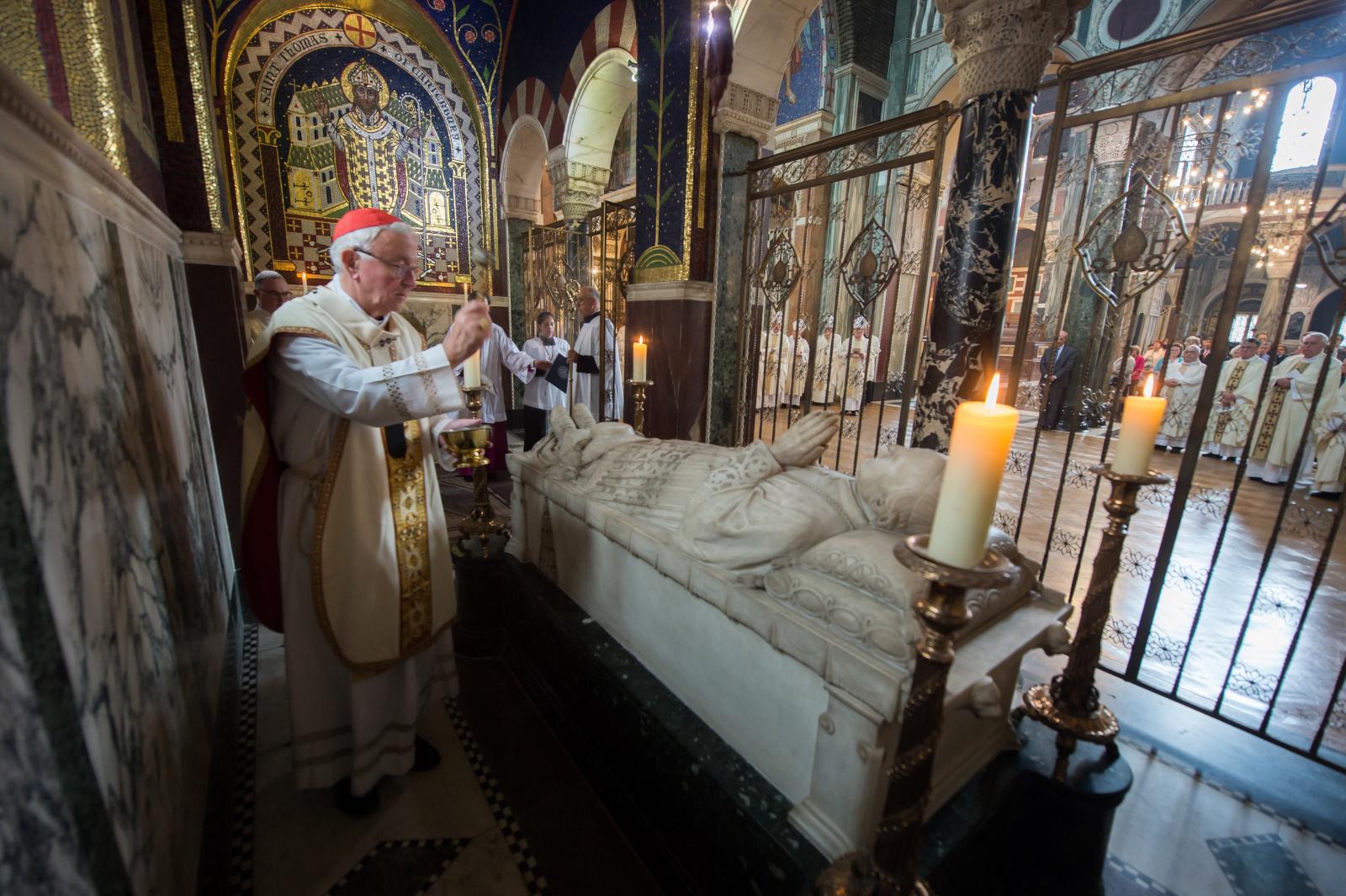 Today, as we mark the 850th anniversary of the death of St Thomas Becket, I recall the moment when the four knights who came to do him great harm actually made him a saint.

What does this martyrdom mean for us today?

First, it has its roots in his decision to embrace with radical seriousness his nomination and consecration as Archbishop of Canterbury, much to the shock of the King.

In this decision he turned his back on ways of life which focus on possessions, style, fashion, calculations based on power, ownership and popularity. His focus now was to be only on fidelity to Christ as the measure and motivation of his words and actions. This is of relevance to every disciple of Jesus, for Thomas’ decision, and the life and death which followed, shows us the true ‘cost of discipleship’, a cost never to be resented but always to be embraced.

I think immediately of Dietrich Bonhoeffer and his great work of that title. I think of Archbishop Oscar Romero and the intensity of dedication that his call to the office of Archbishop effected in his life.

We know that the twentieth century is probably the century of the greatest flowering of Christian martyrs: across Nazi Germany, the Soviet Union, Vietnam, in communist regimes in Latin America and other places too. Now the twenty-first century is following a similar pattern in other parts of the world: the Middle East, parts of Africa, Pakistan. This moment of prominence for St Thomas Becket helps us to remember and focus on this fruitfulness of courage and faith which is always the seed of the Church.

Martyrdom is a much used word. But we should be clear: no Christian ever seeks martyrdom. The Christian’s purpose is the faithful following of the Master in works of truth and love. Martyrdom is not sought. For the Christian it is always a death imposed by others. Yet the same Christian never shirks death, if that is what is required. We both love life and embrace death, when it comes, however it comes.

For some Thomas died a traitor, betraying the loyalty they believe he owed to the King. For others he died a martyr, put to death for his defence of the things of the Lord, in this case the honour and rights of the Church.

So a key reflection today is on the relationship between the role and powers of the state on the one hand, and the role and commitment of the Church on the other. This is never an easy one. It is always a point of tension, a daily struggle in conscience and in public debate. But Thomas’ martyrdom reminds us what can happen when the state seeks to dominate religious belief and reshape it to its own ends. Today this conflict is often cast in terms of values: the state wanting the Church to observe and confirm its own selection of values. When observance of those particular values becomes an absolute requirement then we are on a path of confrontation. The example of Thomas Becket stands before us as a reminder to every age that the point may come where there is no longer any space left for that religious freedom, such a basic human right, which permits the holding and expressing of religious belief in word and action in the public forum.

The tensions that can lead to that point were well delineated in the speech given by Pope Benedict XVI in 2010 when he spoke in Westminster Hall. He said:

‘Each generation, as it seeks to advance the common good, must ask anew: what are the requirements that governments may reasonably impose upon citizens, and how far do they extend? By appeal to what authorities can moral dilemmas be resolved? These questions take us directly to the ethical foundations of civil discourse. If the moral principles underpinning the democratic process are themselves determined by nothing more solid than social consensus, then the fragility of the process becomes all too evident - herein lies the real challenge for democracy.’

Pope Benedict went on to argue that ethical norms are accessible to right reason, and that religious faith, rather than see itself supplying those norms, can illuminate and deepen the perception and appreciation of them. He proposed a ‘corrective role’ for faith in the application of reason noting, and I quote, ‘that this corrective role is not always welcomed partly because distorted forms of religion, such as sectarianism and fundamentalism, can be seen to create serious social problems themselves. And in their turn, these distortions of religion arise when insufficient attention is given to the purifying and structuring role of reason within religion.’

Pope Benedict called modern democracies, including our own, to engage in constructive dialogue which brings together faith and reason, affirming that ‘religion is not a problem for legislators to solve, but a vital contributor to national conversation.’

These words are surely more relevant to our situation today than they were when spoken in 2010.  As we try to fashion a new future in this time of great challenges it is crucial that this dialogue between secular authorities and communities of faith is strengthened and deepened. Solutions will be found only when working together, from a presumption of trust and within our traditions of mutual respect. Thankfully this is the strong tradition of our land. The challenge we now face is that of broadening the embrace of this dialogue without losing the specific Judeo-Christian sources of our strength and inspiration, sources which indeed need to be nurtured and not marginalised. Today we must be confident in this task. Multiple and complex identities and loyalties have to be brought together, not separated out, if we are to meet and draw the best of our society into a better future.

Thomas was a stalwart champion of Christ: may we too be inspired today by this Saint whose memory we venerate and whose intercession we seek. 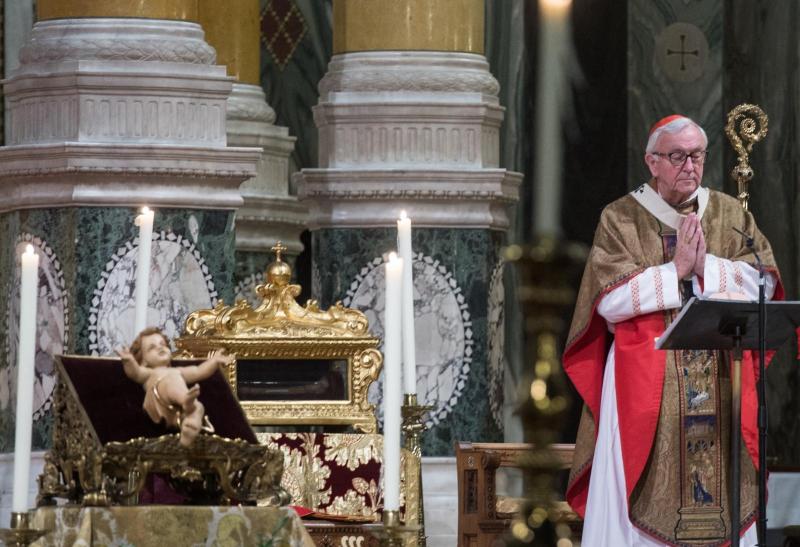 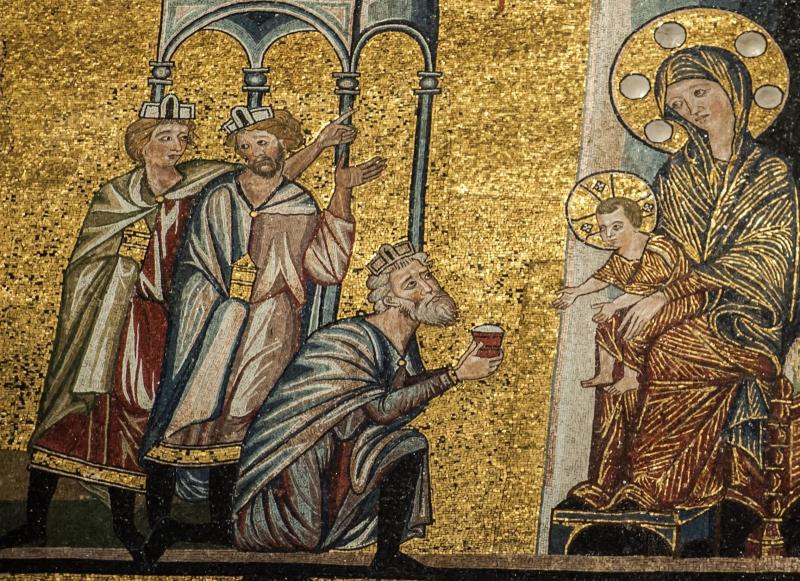 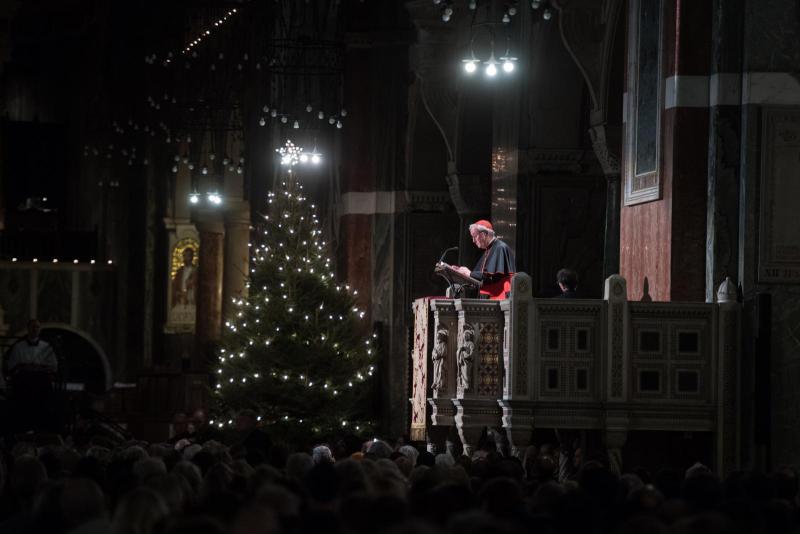