Sri Lanka: Risen Lord is present to all who suffer 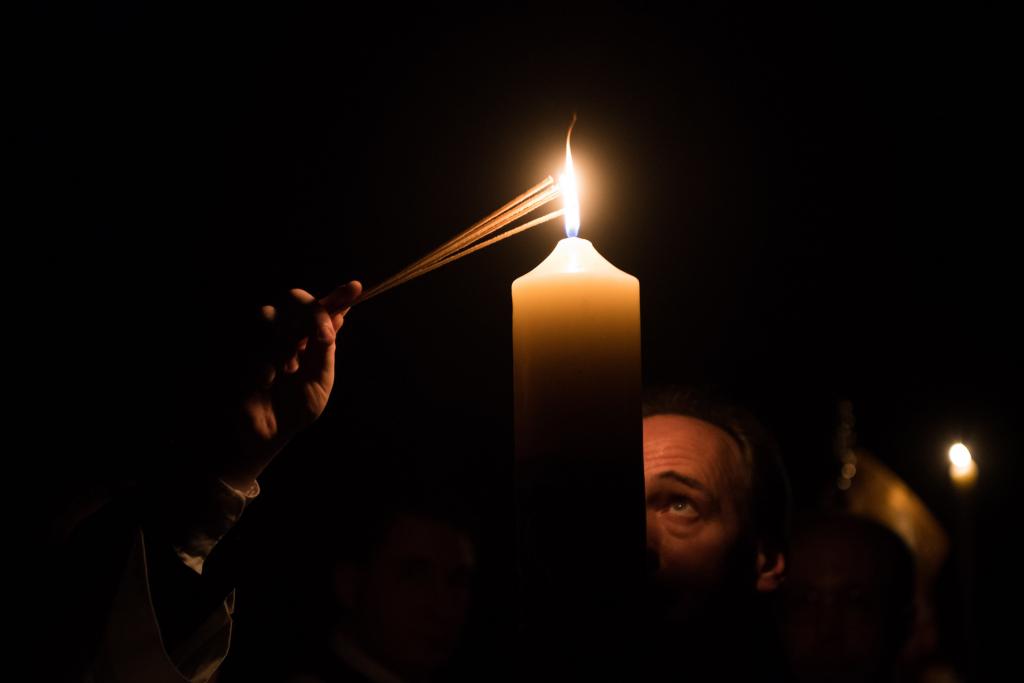 Easter Sunday is a day of peace. This affirmation was shattered by the series of suicide bombs detonated in Sri Lanka on that very morning. Three of the bombs targeted Catholic churches where  crowds had gathered for Mass celebrating the Resurrection of Christ. The other bombers ruthlessly attacked international visitors in major hotels.

All week the terrible and heart-rending details have been emerging: of families shattered, of children orphaned, of parents suddenly robbed of their children. Images have lingered in our minds, dominating any sense of Easter holiday: devastated dining rooms, blood drenched churches and statues, distraught mourners.

For me, unique among these images, was the footage of the young man, heavy rucksack on his back, strolling into the courtyard of St Sebastian's Church, casually saluting people he was about the blow into pieces. How else can this be described other than pure evil masquerading as everyday, decent humanity?

Evil always does that. It comes in human guise, whether embodied in a person or in a conviction-driven movement. The effects of evil disclose its true face: a contorted, corrupt version of human endeavour, justifying hatred as a search for truth or justice, embracing violence and callous disregard for life for the sake of a particular cause, deliberately sowing enmity and the desire for revenge where there is a measure of accord and peace. Poor Sri Lanka is but the most recent victim.

Yet evil is not a stranger in the days of Easter. In fact the confrontation with evil, which everyone has to face in one measure or another, lies at the heart of these Christian celebrations.

Two days before Easter Sunday the same faithful gathered to stand at the foot of the gibbet on which hung the tortured body of Jesus, derided by the people and condemned by the authorities. The following day, the same faithful gathered in remembrance of the stillness of the earth at the death of this Anointed One, the Christ, and in the belief that, rising from the tomb of death, he first descended into hell. Only then, only after these confrontations with the totality of evil, did he appear to his followers as 'the risen Lord'.

So many whose lives have been shattered by these atrocities have lived this week in hell. We have seen their faces and felt their agony and despair. We do not know how to respond, other than to assure them of our condolences, our prayers perhaps, and offer material support. Confronted with this evil we feel truly helpless, even if angry and outraged.

Easter Sunday is far more than a day of peace. It is a day of unbridled relief that at last, in the lexicon of human history, there is a response to evil that not only opens for us a horizon beyond the horrendous reality of these atrocities, but also gives the energy and spirit for the endless task of building peace. In this sense, Jesus is proclaimed as Saviour. He is present not only in the hearts of those who strive for peace, but also present to those who are caught in the hell of man-made evil. They are not alone.

Two vivid images remain in the aftermath of a different tragedy of these days: the fire in Notre Dame Cathedral. One is the glimpse of the cross at the far end of the burned out, still smouldering nave. The cross glinted in a shaft of sunlight, a sign of the promise of Christ in the midst of the devastation of life. The second was the surviving rose window above the west door.

A rose window is an ancient lesson in life. Its circumference contains the everyday life of the people, its 'spokes' the highlights of that story. At its centre is an image of the Divine, Christ, often in the embrace of Mary, Notre Dame. The lesson is clear: when we are centred on him then a harmony is possible. On the other hand, if there is a vacuum at the centre of our being, and of our common efforts, then confusion will ensue. If this 'symbolic' power of faith, its capacity to hold together our disparate lives, is eroded, it is more easily replaced by its opposite, the 'diabolic', the disintegrating effects of evil in our midst.

This faith is the source of our hope, the response to the yearnings of our hearts.