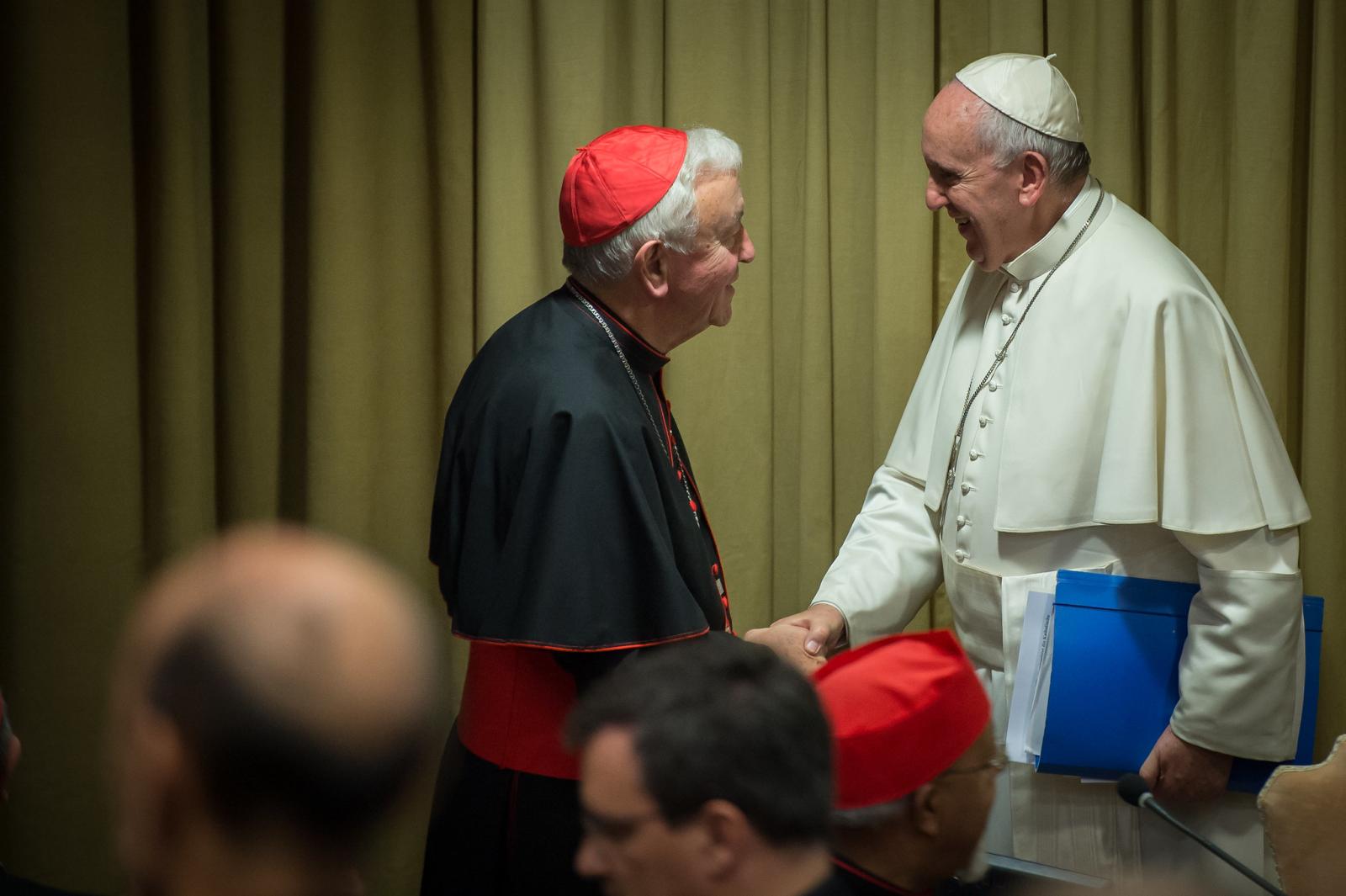 Pope Francis granted an audience to the Santa Marta Group, an alliance of international police chiefs and bishops from around the world working together with civil society, on the last day of their conference in Rome from 17th to 19th May.

During the audience, he thanked them for their commitment to combatting human trafficking and modern slavery. He encouraged them to continue to work towards this goal, with a particular emphasis on the ‘responsible use of technology and social media, as well as the need for a renewed ethical vision of our political, economic and social life, one centred not on profit but on persons’.

He also spoke about ‘the essential need to support, accompany and reintegrate the victims of human trafficking into our communities and assist them in the process of healing and the recovery of their self-esteem’.

Responding to the Holy Father, Cardinal Vincent, as President of the Santa Marta Group, thanked Pope Francis for his leadership in the fight against human trafficking and modern slavery, and expressed the commitments that the Santa Marta Group had agreed at this latest conference.

Among these is strengthening ‘every effort at education,’ raising awareness of the reality of modern slavery, and ‘increasing the capacity of all faith communities to work together’ against this ‘abhorrent’ crime. The efforts will include drawing attention to modern slavery in all its forms, including that which is hidden in supply chains.

They will also highlight the uses of social media, in an effort to defend children from harmful messages on social media and strengthening their consciences.

The Group committed to supporting victims of human trafficking and slavery, breaking the financial model of ‘this monstrous trade’ and to using confiscated assets for the benefit of victims.

‘Our shared conviction is that this international network of evil can only be beaten by an international network of principled good intent and concerted action,’ said the Cardinal, adding ‘our desire is to contribute to the establishing of a new moral compass in our societies, one oriented to the healing of this wound in the body of humanity and to the defence of human dignity.’