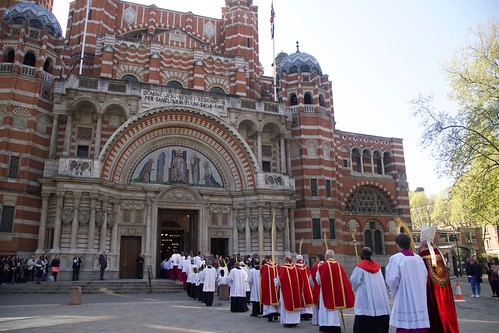 Palm Sunday at Westmisnter Cathedral began with the reading of the Gospel narrative of the Lord's triumphal entry into Jerusalem and Cardinal Vincent blessing the palms in Cathedral Hall followed by a procession along Ambrosden Avenue and into the Cathedral. Cardinal Vincent welcomed people from across the diocese to the celebration which marks the beginning of Holy Week.

In his homily he explained how the Gospel narratives of the triumphal entry and later the Passion were rich with symbolism of peace and sacrifice, describing how Jesus brings peace through self-sacrifice and turns power from domination into service. 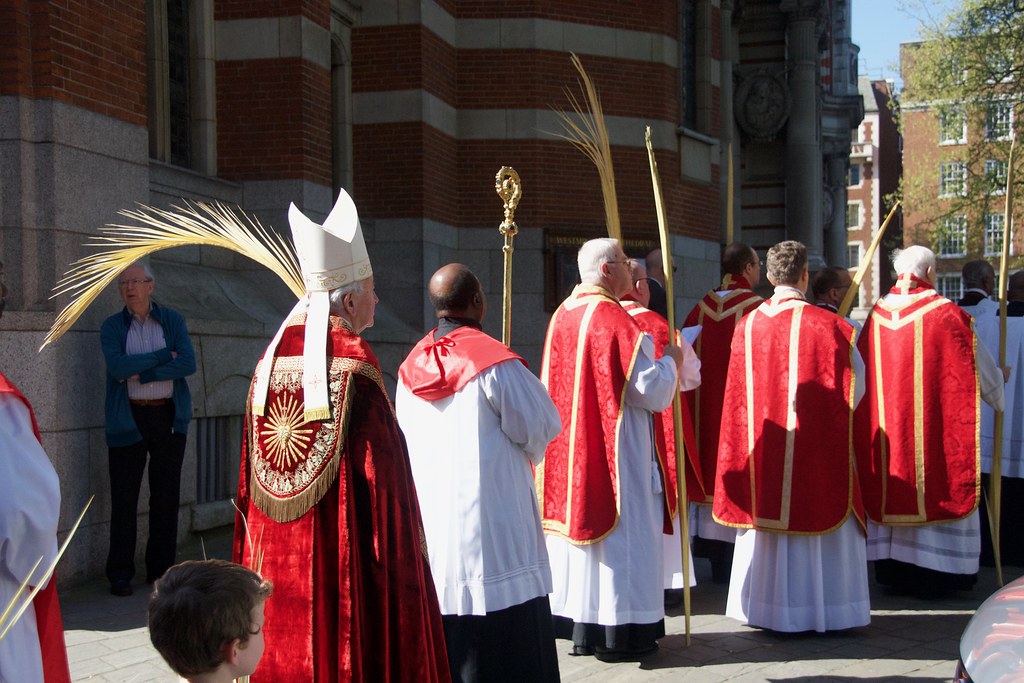 Placing the narrative in the context of the annual Passover celebration in Jerusalem, which Jews were expected to attend, he said it was not unusual for someone to stand up and claim to be the messiah. It was therefore a time of tension, with the Roman authorities on high alert.

The Cardinal outlined four points of reflection for Palm Sunday and Holy Week: the greeting of the crowd at the arrival of Jesus, the use of a donkey, the palm branches and the word ‘Hosanna’. He explained that all of these symbols show that Jesus is recognised at the true God, the Word who was made flesh. He is the new sacrifice as pure as the unyoked cattle and the donkey who has been ridden by no one other than him, the sign of the one who will come again.

The Cardinal encouraged the faithful to display their palm prominently in their homes as a reminder of the ‘blessing and presence of God’.