Look for hidden examples of holiness of life, says Cardinal 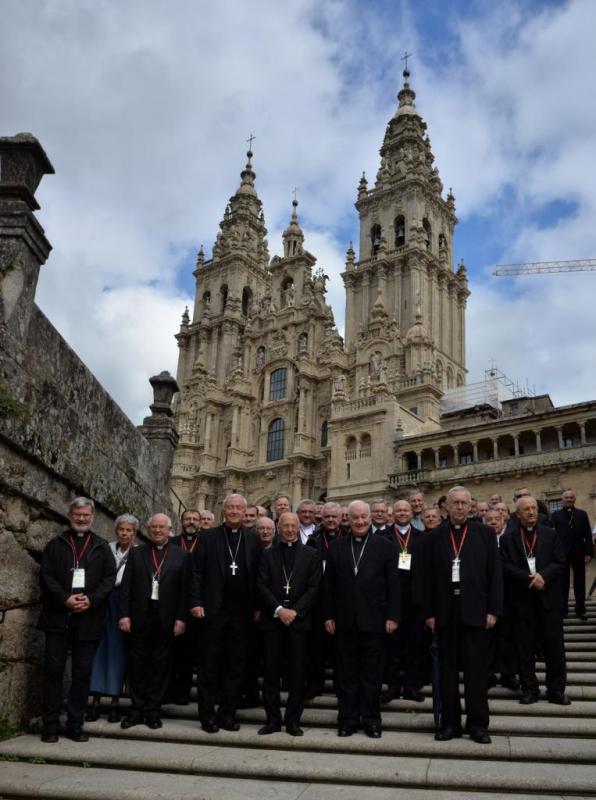 In a homily delivered on the third day of the Plenary Assembly of the Council of Bishops' Conferences of Europe (CCEE) in Santiago de Compostela, Spain, Cardinal Vincent said that 'in these days as we seek to identify and appreciate all the signs of hope in Europe, we must look with realism and honesty'. Referring to these 'difficult times' he pointed to the 'ways of life without reference to God and mentalities that wish to dismiss religious faith such as ours as nothing more than infantile immaturity that insults human rationality.'

However, he said, that there are 'many reasons to be confident that the Holy Spirit of God never ceases to be poured out on our world' and that holiness of life is one of these fruits. 'Our eyes must be trained to see such holiness,' he said.

Reflecting on three European saints who are to be canonised on 13th October, he said that we should look to their examples of lives of holiness and what they teach us.

Beginning with Sr Giuseppina Vannini, who bore great suffering without bitterness or blaming others, always trusting in the Lord and responding generously to his will, he said that the first lesson is to 'look to those countless people who carry suffering with dignity and calmness, who open their hearts to the suffering of others and who do indeed make a gift of their lives. How much hope we can find in that wonderful fruit of the Holy Spirit, not letting it pass by unnoticed. Let us wake up to the goodness around us!'

Moving on to Marguerite Bays who bore the many trials of a difficult family situation, he said: 'Here is a perfect example of holiness living next door to us, not in a professed religious life, but deep in the reality of family life, seemingly hidden yet radiant for those who have the eyes to see.'

Of Cardinal Newman and the many ways in which he demonstrated holiness of life, Cardinal Vincent focused on the way he inspired the young members of the White Rose Movement formed in Munich in 1942 and who denounced the Nazis and their atrocities. Following the example of Newman, 'their actions were carried out under the dictate of their Christian conscience'.

'Newman still inspires young people today,' added the Cardinal. 'He helps us to understand that the source of so much holiness and hope lies in that inner sanctum of conscience, "an echo of the voice of God enlightening each person to moral truth in specific situations".'

All three saints, he said, point towards the many examples of hidden holiness in our midst, and who inspire hope even during difficult times.

The CCEE Plenary took place from 3rd to 6th October in Santiago de Compostela, the westernmost edge of Europe, symbolising the point where the centre and the periphery meet. The bishops were gathered to reflect on 'Europe, time to awaken? The signs of Hope'.

In their concluding message, the bishops wanted 'to give a message of hope to Europe in distress and say forcefully: Wake up, Europe!' They pointed to the examples of the saints and martyrs, beginning with the Patrons of Europe, and to the many 'hidden saints who every
day contribute in silence to the construction of a more just and humane civil society'.

The CCEE represents the Catholic Church in 45 countries of Europe. Cardinal Vincent is one of two Vice Presidents of the CCEE.