Christians in the Holy Land 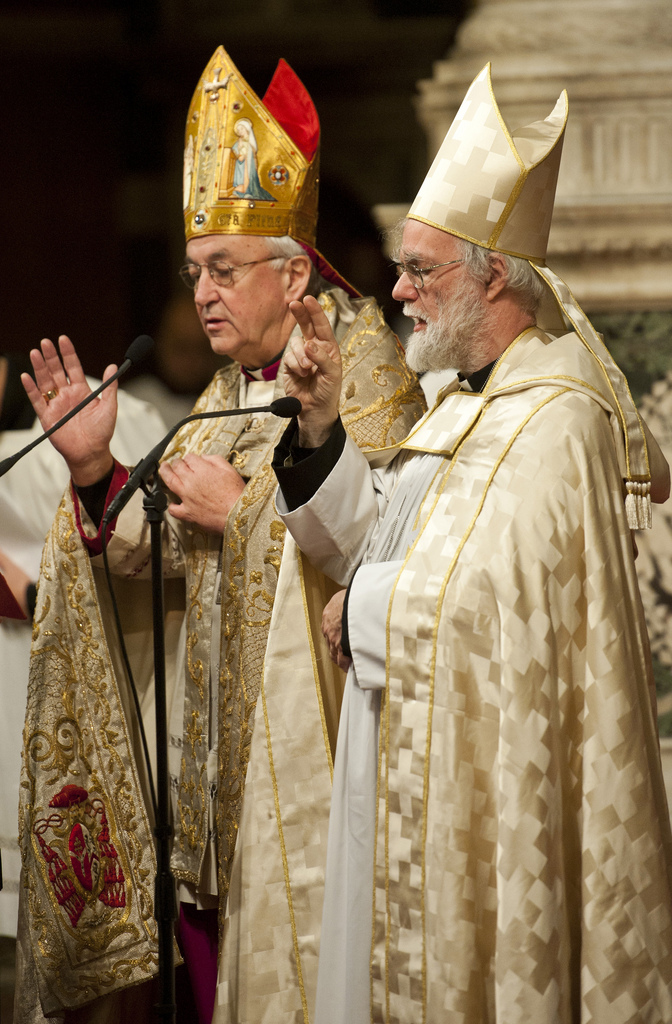 A two-day conference on Christians in the Holy Land has been held at lambeth Palace from Monday 18 - Tuesday 19 July 2011.

Jointly hosted by the Archbishop of Canterbury, Dr Rowan Williams, and the Archbishop of Westminster, Vincent Nichols, the Conference examined the challenging situation in which Christian communities in parts of the Holy Land find themselves.

Participants at the conference concentrated on what can be done, especially by Christians in the West, to better support these communities and tackle the rising trend of emigration by Christians from the Holy Land.

Archbishop Rowan Williams welcomed the participants to the conference, giving a brief outline of the programme and how he hoped it would address the vision of the situation and the future of the Holy Land using language of truthfulness and hopefulness and with gratitude to one another.

Archbishop Vincent spoke about the important step of the collaboration between the two Christian traditions and how the conference would also hear Jewish and Muslim voices as part of its aim in seeking signs of hope for the common future in the Holy Land - a future of justice and peace.

Participants at the conference included:

His Beatitude Patriarch Fouad Twal, who spoke about the importance of building trust on all sides as without trust constructive dialogue becomes almost impossible: 'it is easier to demonise and harder to forgive'. He also spoke about the suffering of all people in the Holy Land as a consequence of the conflct - regardless of religion or nationality

Cardinal Jean-Louis Tauran (Representative of His Holiness Pope Benedict XVI, President, Pontifical Council for Interreligious Dialogue) who gave an illuminating talk in which he outlined the enormous significance of Christians in the region describing them as 'apostolic Christians'. He said 'Those communities have been built on the faith of the apostles. They are apostolic communities in the deepest sense of the word. Their practice comes through the faith of the apostles; this is their identity.... Arab Christians are a gift to the societies because they bring cultural openness, a sense of the dignity of the human person and particularly of women; a conception of freedom which harmonizes rights and privileges and a conception of political society which can lead to democracy.'

Lord Howell, Minister of State (Foreign & Commonwealth Office) who spoke about the government's commitment to defending and protecting the rights of religious minorities, saying that 'freedom of belief is central to our foreign policy'. Among other issues, he also discussed the practical problems faced by Palestinians with the restriction of movement and the difficulties they had in obtaining permits and how some families were forced to live apart: 'The UK government has lobbied the Israelis hard on the issue of movement and access and we will continue to do so'.

Christians in the Holy Land Conference