Cardinal Vincent's Statement about the Death of David Haines 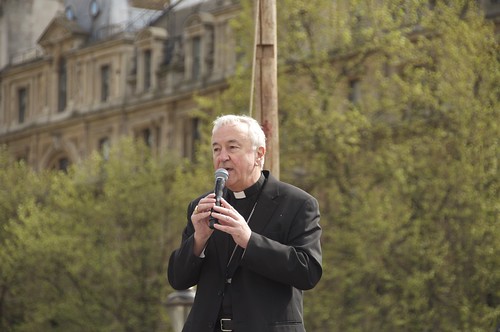 Cardinal Vincent has issued the following statement on 15 September:

It is with great sadness that we hear of the killing of David Haines in what can only be described as a repugnant and chilling attack on human life. In its destructive savagery, it is an act that expresses the worst and most misguided aspects of human nature.

In contrast, I wish to pay tribute to David Haines, who by his untiring service to those who suffer the ravages of war, lived a life that demonstrated all that is best in humanity. His concern for others manifested itself in his commitment to helping others, without counting the cost to himself, ultimately paying the price with his life.

My thoughts and prayers are for his family and for all who knew him and were touched by him. I stand with others of all faiths and none in condemning this savagery and asking for a renewed political resolve to work for lasting peace and the upholding of human dignity for all in the Middle East.