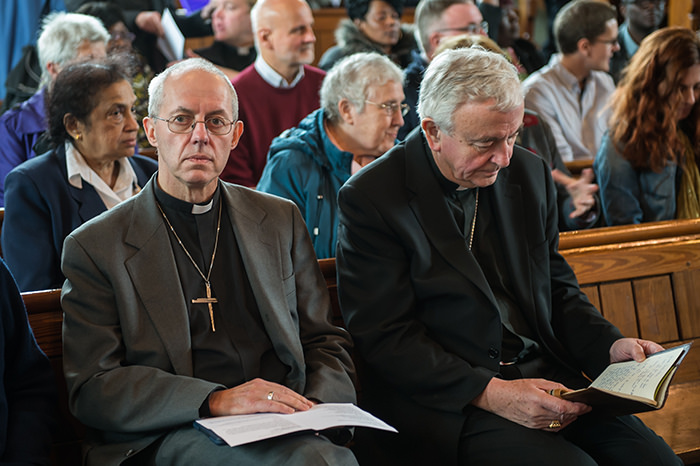 Cardinal Vincent has joined with other faith leaders to express concern about the assisted suicide bill that is due to be debated before Parliament on 11 September. The letter, which has Cardinal Vincent and Church of England Archbishop Jusin Welby as principal signatories along with leaders from other churches and faiths, is principally pastoral in focus.

In the letter, they write about the bill: 'If passed, it will directly affect no only those who are terminally ill and who wish to end their lives, but also their families and friends and the health professionals who care for them.'

They express their conviction that 'the best response to individuals' end of life concerns lies in ensuring that all receive compassionate, high-quality palliative care' and that 'this is best pursued under current legislation'.

The full text of the letter along with the names of all the signatories follows:

To all Members of Parliament,

As leaders of faith communities, we wish to express concern at the provisions of the Assisted Dying No. 2 Bill, currently in the House of Commons. In doing so, we are conscious that the bill touches deeply on some of the most difficult and testing circumstances that people may face.

While much could be said on the legal and ethical implications of the bill, our focus in writing is pastoral. In our communities and through healthcare chaplaincy we care daily for the elderly, the ill, the dying and their families; our concern is rooted in a profoundly human and profoundly sacred calling to care for the most vulnerable in our society, a concern shared by people of all faiths and of none.

The bill has the potential to affect the lives of a great number of people whose circumstances make them vulnerable in different ways. If passed, it will directly affect not only those who are terminally ill and who wish to end their lives, but also their families and friends and the health professionals who care for them. It also has the potential to have a significant impact on other vulnerable individuals: those who believe that they have become burdens to family and carers and feel under pressure within themselves to ‘do the decent thing’ and, tragically, those who might be pressured by others to seek a medically-assisted death. In the UK some 500,000 elderly people are abused each year, most by family members, often for financial reasons. Many of these would also be vulnerable to pressure to end their lives prematurely.

It may not be possible fully to meet the needs and aspirations of all those who in various ways are vulnerable, but we are convinced that the current law, alongside the published policy for prosecutors, provides much greater protection for the vulnerable than would legislation based on this bill.

Sadly, there are still instances of painful or distressing death, though due to advances in palliative care, these are much less common than was once the case. For very many people, however, the natural processes of dying, allied with good palliative care, enable them and their families to experience precious moments of love, care, reconciliation and even hope; processes that ought not to be truncated. For many, a change in the law would result, not in greater comfort, but in an added burden to consider ending their lives prematurely; a burden they ought not to be asked to bear.

We believe that the best response to individuals’ end of life concerns lies in ensuring that all receive compassionate, high-quality palliative care and that this is best pursued under current legislation. A law based on this Assisted Dying Bill would put at risk many more vulnerable people than it seeks to help.

Most Revd and Rt. Hon Justin Welby, Archbishop of Canterbury

Signatories to the letter:

Most Revd and Rt. Hon Justin Welby, Archbishop of Canterbury