Cardinal Reflects on the Vatican Summit on the Protection of Minors 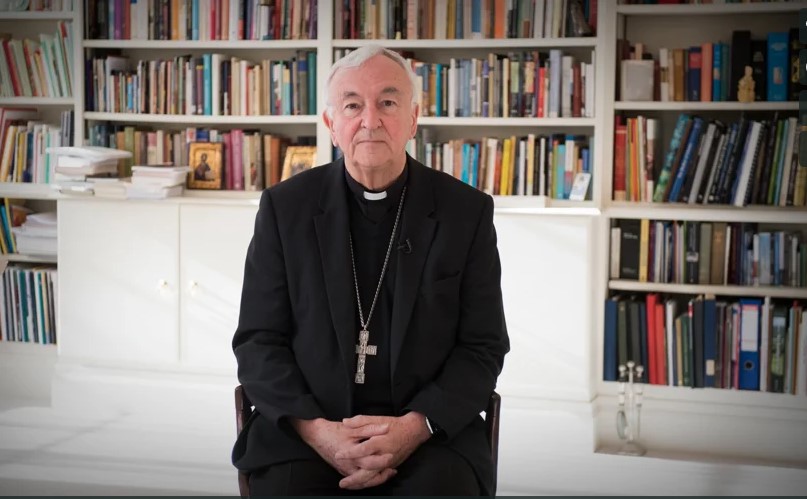 Cardinal Vincent took part in the meeting on the protection of minors in the Vatican from 21st to 24th February. Here he shares his reflection on this meeting:

It was an important meeting, attended by every president of a bishops’ conference from around the world, together with Religious leaders. There was something like 140-plus countries represented, considering this drama, this terrible tragedy of child abuse which takes place in every culture, in every country, and, shamefully, within the Church.

The meeting had three main themes: Laying out our responsibilities; showing how we should be accountable; and explaining what transparency means. These are important themes. They were well considered. I think everyone participating in the meeting came around an agreed understanding of what is to be done, of how it is to be clear what we are doing, a need for a universal approach to this universal problem; and a clear understanding that there’s no place in public ministry for anyone who has been found guilty of the abuse of children.

There was something else that happened in the meeting: a sea change, a change of perspective. Probably the most important things we heard during these three days were the eight testimonies given by those who had been abused in childhood. There were three women and five men from every continent of the world. That voice, to me, struck home very deeply. They talked about the life-long damage done by childhood abuse. They talked of the powerlessness they experienced in front of the strength of the abuser. That powerlessness, that helplessness was not just physical; it was psychological and emotional. It was that voice that struck home most deeply.

It meant, in my mind and not just in my mind, that everything we considered, all the aspects of the procedures and the structures of the Church have to be looked at afresh, from the point of view of those who have suffered childhood abuse and are slowly willing to talk about its effects.

In a way, this is another example of a principle of Pope Francis, that when you look at an issue from the periphery, as he likes to say, towards the centre, then you see its truths in greater clarity. This can be the case in economic activity, such as employment and work. You see its essential characteristics more clearly when you look at it from the point of view of those that have none. Here too, it was the voice of those on the margins because of childhood sexual abuse that were shaping and forming our understanding of things that are central in the life of the Church. That this is shared, that this is a step forward is a measure of the success of this meeting.

At the end of the meeting, three things were announced: (i) there will be a new law put in place for the protection of children and vulnerable adults in Vatican City; (ii) the Congregation for the Doctrine of the Faith will issue a new handbook with clear guidelines to be followed by every bishop in the Catholic Church; and (iii) the Holy See is going to create a taskforce, or taskforces, to move around the world and help bishops’ conferences and dioceses to get their act together and to respond to these tragedies, these monstrosities, as Pope Francis called them, in a correct, vigorous and uniform way.

I thank you for the prayers that you offered for me for this meeting. It was not easy; it was demanding, but I’ve come home assured and deeply convinced that a real new step has been taken in this battle against the abuse of children which, shamefully, has found a home within the Catholic Church.