Cardinal calls for protection of religious diversity in Iraq 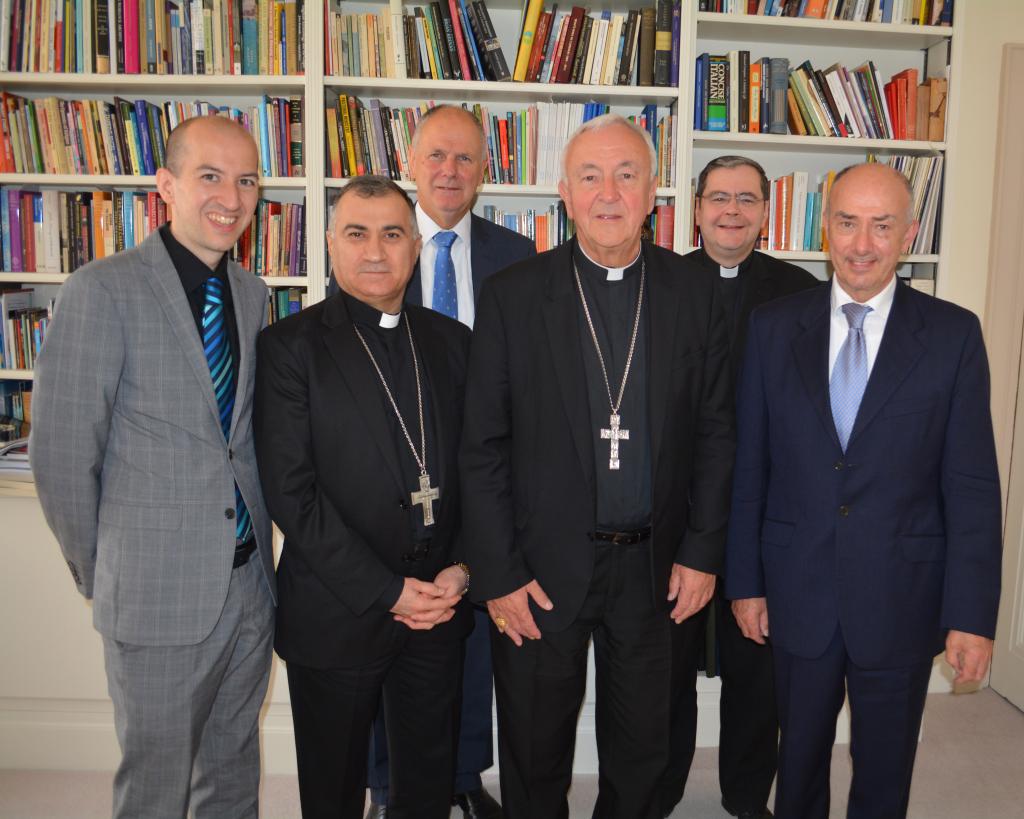 In a statement released on 30th May, Cardinal Vincent Nichols said: ‘The need to reconstruct towns and villages [in Iraq’s Nineveh Plains] destroyed by Daesh (Isis) and rebuild trust in that region is pressing.’

Highlighting how the presence of Christians in Nineveh dates back almost 2,000 years, the Cardinal said: ‘We are united in prayer and support for the Christians and other minorities in that region as they seek to rebuild their lives.’

The Cardinal’s message followed his meeting last week with Iraq’s Chaldean Catholic Archbishop Bashar Warda of Erbil, who visited London at the invitation of Catholic charity Aid to the Church Need, which has provided key emergency and pastoral help for persecuted Christians in the region.

During his London visit, Archbishop Warda asked Foreign Secretary Jeremy Hunt for UK aid for persecuted Christians in Iraq and called on the British government to urge Iraq to safeguard the presence of minorities in Iraq whose numbers have fallen drastically.

Reflecting on his meeting with Archbishop Warda, the Cardinal described his visit to Iraq four years ago just after invading Daesh militants forced entire communities in Nineveh and nearby Mosul to flee in fear of their lives: ‘Since my visit to Iraq in 2015, when Archbishop Warda hosted us and we visited numerous refugee camps across Erbil, the plight of persecuted Christians and other minorities in those ancient lands has been of particular concern.’

From a pre-2003 total of 1.5 million, Iraq’s Christian population has declined rapidly, raising fears for the community’s survival, amid declarations of a genocide by Daesh against minorities in the region.

Archbishop Warda thanked the Cardinal and other bishops who have visited Iraq in support of the Christian community there: ‘My greatest thanks to Cardinal Nichols for his deep passion, prayers, wisdom for the persecuted Iraqi minorities. His guidance since our darkest hours has helped me immensely and given me much needed strength to fight for our continued existence in our ancient land.’

The urgent need to help Christians wanting to stay in Iraq was spelt out by Archbishop Warda who, during his London visit last week, gave testimony to the Foreign Secretary’s review into the persecution of Christians and spoke in Parliament at an event organised by ACN.

For displaced Christians and others arriving in Erbil and elsewhere, the charity provided food, shelter, medicine and schooling.

After the communities began returning home following the expulsion of Daesh, ACN began rebuilding homes, convents, churches and other structures.

Nearly half of the families forced to leave Nineveh in 2014 are now back in the region.