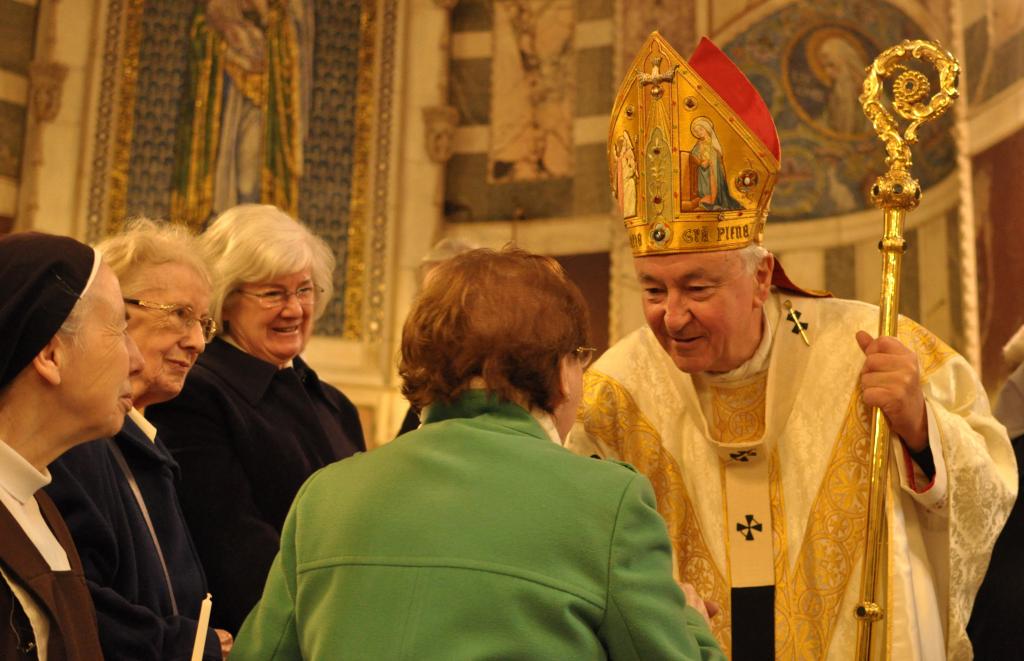 The Religious Congregations of the Diocese of Westminster gathered at Westminster Cathedral on Saturday 1 February for a Solemn Mass in celebration of the gift of Consecrated Life. Mass was celebrated by Cardinal-designate Vincent Nichols, Archbishop of Westminster.

Representatives from most of the 98 female religious communities in the diocese attended. Among them were 24 who were celebrating their 25th, 40th, 50th and 60th jubilee anniversaries.

During his homily Archbishop Nichols spoke about the gift of community living, a central tenet of Consecrated Life:“I have long thought that religious women have a great capacity to give a particular witness to this [life in community] gift of the Gospel, despite all the difficulties it entails. A sure sign is the joyful laughter that often rings out when religious are together!.”

The Mass followed the news on 31 January that Pope Francis had announced that 2015 will be the Year of Consecrated Life.  Find out more here.