Homily for the Memorial Service for Baroness Shirley Williams 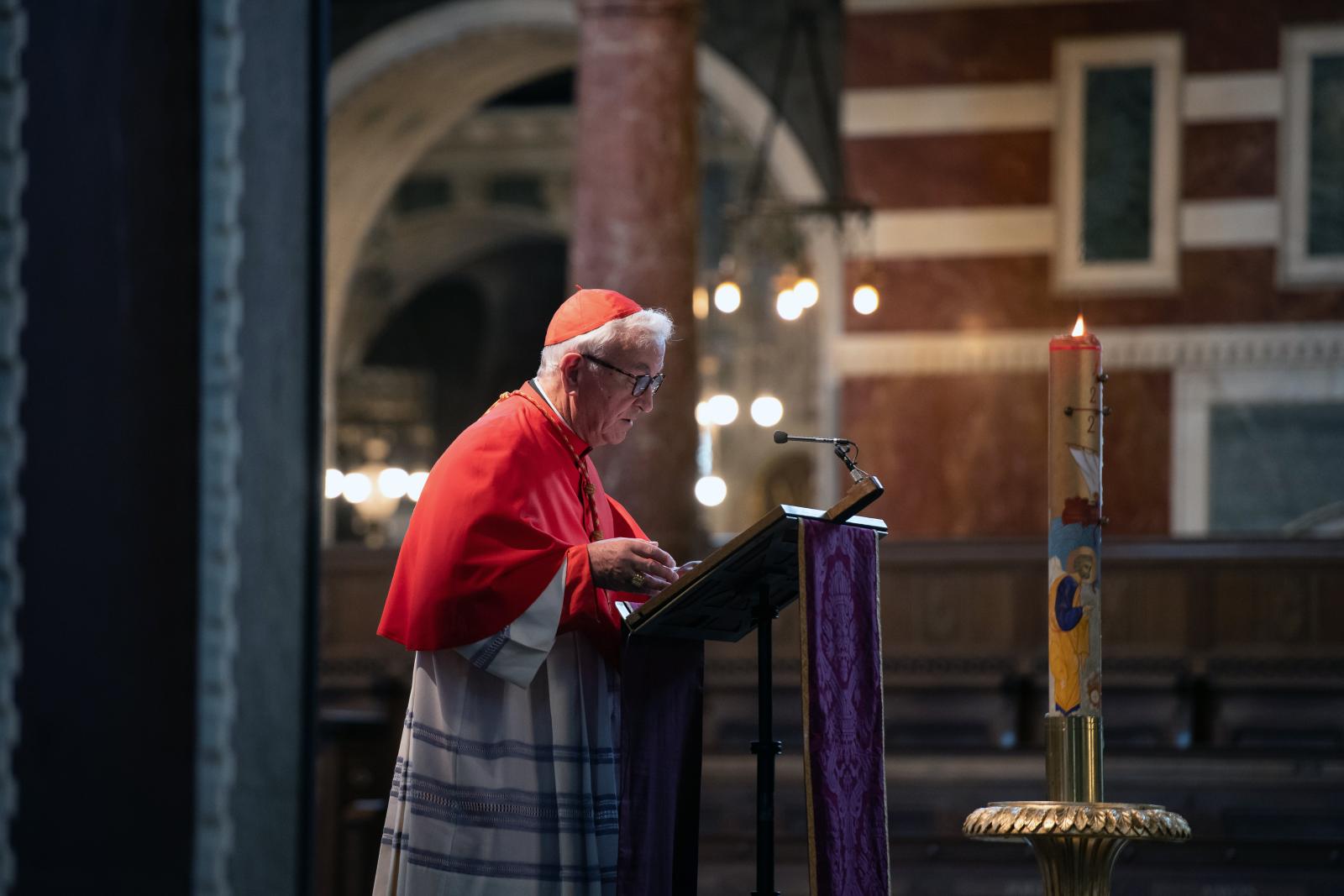 Given at Westminster Cathedral on 10th May 2022

I offer this first word of welcome to you all as we gather for this Memorial Service here in Westminster Cathedral.

Some of you may be very familiar with this great Cathedral; some only occasionally stepping inside its great doors; for some, you might be newly present here. You are all most welcome.

This Cathedral was loved and much frequented by Shirley Williams. Indeed the last time I met and chatted with her was just across the road. Today we honour her memory and we pray for her. So let us begin.

The readings from the Sacred Scriptures that we have just heard remind us that there is a double aspect to this memorial service. Yes, we are recalling and celebrating the memory of Baroness Williams. But there is another whose memory we treasure and, in its power, who lives amongst us. Today we are reminded of the words and actions of Jesus Christ, the one in whose memory we meet and pray.

These two ‘memories’ are not contrasting but intertwined, for it was by and in the memory of Christ that Shirley Williams lived and laboured: in his memory, in his world, and in his Church. Each of the readings adds its own dimension to this moment.

The First Reading, from the Book of Wisdom, gives us an early prefiguring and expression of the promise and hope by which we live. That promise is of ‘immortality’ – ‘their hope was rich with immortality’. This passage is, in fact, the first time that this notion of immortality is mentioned in the Scriptures. Of course, it is echoed in so many of the psalms, as in the psalm we sang together just now. But here it is spelt out more explicitly. The promise is one of ‘peace’, which is not just a freedom from suffering and stress, but rather a promise of all good intimacy with God. The words spoke of our having been ‘tested like gold in a furnace’. They refer to the test of sorrow and dismay, in the ‘valley of darkness’, a testing which comes to a fulfilment and not just to an end. This reading opens for us the hope by which we live our lives, not bounded by the inevitability of death, but heading towards greater horizons.

Now, if the Book of Wisdom gives us hope, then St Paul gives us vision.

He asserts, as we have heard, that the victory over death is to be found in Christ Jesus and through him becomes ours too. All the limitation and loss symbolised in Adam is overcome in the reality of Christ.

St Paul also holds out a greater vision: that all of creation is destined for fulfilment in God. His vision is simple yet totally grand: that God will be all in all. This is the vision against which he notes that the seemingly divisive nature of ‘every sovereignty, authority and power’ will be surpassed so that a true order and peace may emerge.

Here he expresses something that is also to be found as an instinct written deep into every human soul: that there can indeed be a better world, a more just and inclusive world, a world in which the greatness, or inherent dignity, of every human person is honoured and from which every person is able to contribute to a greater good. This is a compelling vision and one for which so many have struggled. Among them is included, most certainly, Shirley Williams in her own remarkable way. Inspired by her we too struggle to achieve even something of this vision and strive to direct our practical, daily steps to that purpose.

Hope. Vision. The Gospel passage we heard adds the third dimension: the Manifesto.

Yes, today, we thank God for the life and work of Shirley Williams. She lived by this hope, held to this vision and promoted this manifesto, striving so hard to give it expression in the complexity and limitations of political endeavour. We honour her memory and entrust her to the mercy of God that she may indeed be in the peace of true immortality.

In doing so we return again and again to the memory of Jesus whose greatest commandment was uttered shortly before he died. As he offered himself in prayer and sacrifice to his Father, he said to those who love him: ‘Do this in memory of me.’ It is a command that has been obeyed, more than any other, in every land and culture, in Cathedrals and in the smallest of homes, every day since he uttered those words. In his victory over death, in the power of his Holy Spirit, he is present with us in this Cathedral and it is through him, with him and in him that we offer our prayer today, thanking him for all these blessings and seeking his presence and power in our lives too.