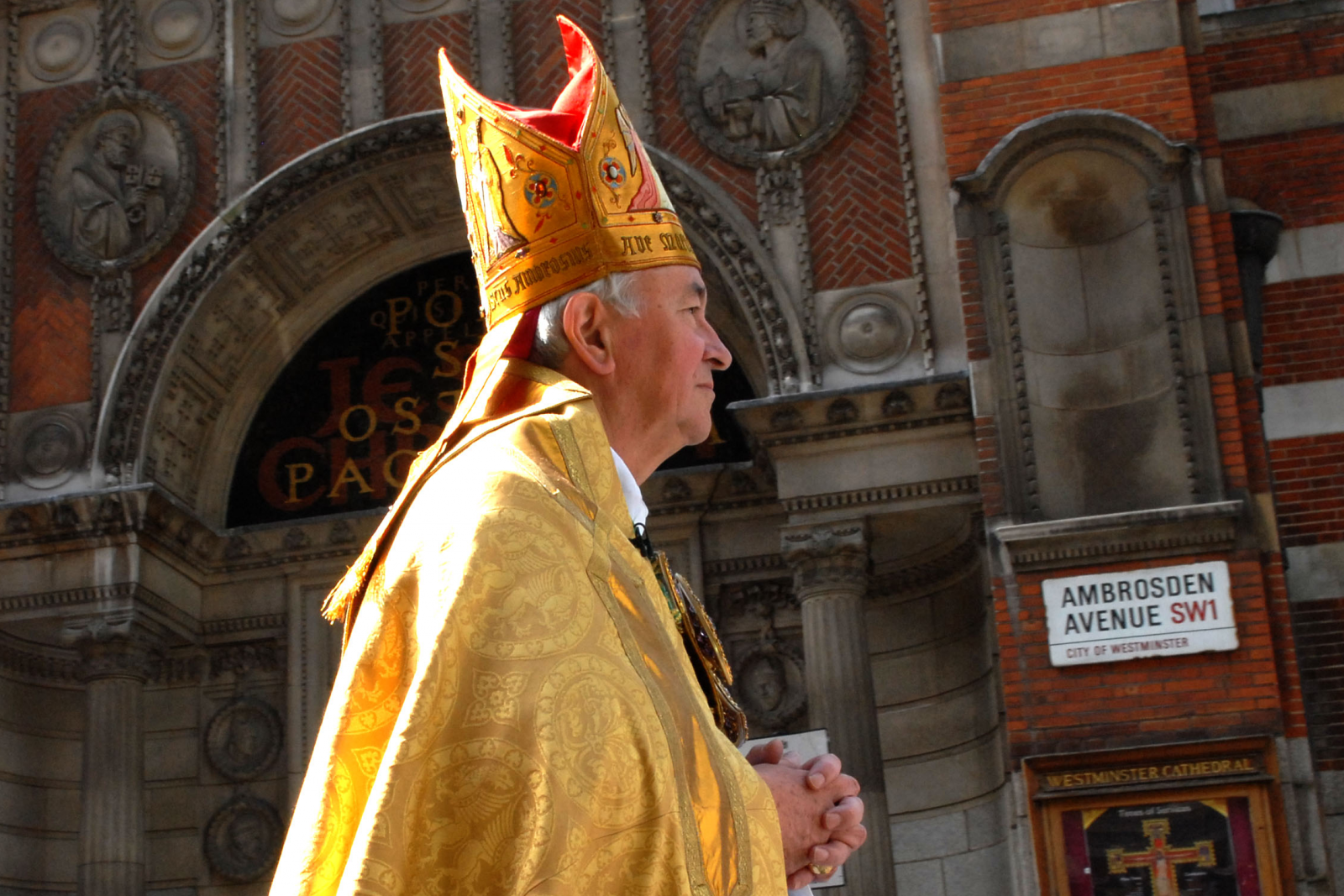 Vincent Nichols is the 11th Archbishop of Westminster.

Born in Crosby, Liverpool, on 8 November 1945, Vincent Nichols studied for the priesthood at the Venerable English College in Rome from 1963 to 1970, gaining licences in philosophy and theology at the Gregorian University. He was ordained priest in Rome on 21 December 1969 for the Archdiocese of Liverpool.

He then studied an MA degree in theology at Manchester University between 1970 and 1971. In 1971 he was appointed assistant priest in St Mary’s Parish, Wigan and chaplain to the Sixth Form College and St Peter’s High School. In 1974 he studied at Loyola University in Chicago and was awarded an M.Ed. In 1975 he was appointed to St Anne’s parish in Toxteth, Liverpool with particular responsibility for education.

In January 1980 he was appointed director of the Upholland Northern Institute, where he was responsible for the in-service training of the clergy, pastoral and religious education courses. He was also a member of Archbishop’s Council with responsibility for pastoral formation and development in the diocese.

In January 1984, he was appointed general secretary of the Bishops’ Conference in England & Wales. From 1989 to 1996 he was moderator of the Steering Committee of the Council of Churches for Britain and Ireland.

Mgr Vincent Nichols was appointed auxiliary bishop to Westminster, with responsibility for North London, on 24 January 1992.

In 1998 Bishop Nichols was appointed chair of the Bishops’ Conference department for Catholic Education and Formation and also chair of the Catholic Education Service. He represented the European bishops at the November 1998 Synod of Bishops from Oceania and appointed by the Holy See to the Synod of Bishops for Europe in September 1999 as a special secretary.

In 2000, Bishop Nichols was appointed Archbishop of Birmingham.

In 2001 Archbishop Nichols was appointed chair of the management board of the Catholic Office for the Protection of Children and Vulnerable Adults.

In 2005, he provided the commentary for the worldwide BBC coverage of the death of Pope John Paul II and the Installation of Pope Benedict XVI.

In 2008 he was appointed President of the Commission for Schools, Universities and Catechesis of the Council of the Bishops’ Conferences of Europe (CCEE).

On 21 May 2009 he was installed as the 11th Archbishop of Westminster following the retirement of Cardinal Cormac Murphy-O'Connor. He was elected President of the Catholic Bishops' Conference of England and Wales by unanimous acclamation on 30 April 2009.

He received the Pallium in Rome from Pope Benedict XVI on 29 June 2009, the Feast of Saints Peter and Paul.

In 2014, he was appointed by Pope Francis to lead the work of the Church against human trafficking and modern slavery. He is President of the Santa Marta Group, which gathers together Catholic bishops, police chiefs and government officials from over 30 countries around the world in a partnership to work towards the eradication of these twin scourges.

On 22 February 2014, he was created Cardinal Priest by Pope Francis in St Peter's Basilica in Rome. He was designated the titular Church of St Alphonsus Liguori, a neo-Gothic church that is in the care of the Redemptorists. It is best known for housing the icon of Our Lady of Perpetual Help, a gift given to the Redemptorists by Pope Pius IX in 1866.

On 27 May 2015, he was installed as the first Chancellor of St Mary's University, Twickenham.

On 23 May 2018, along with the Santa Marta Group, he received the UN Path to Peace Award for his work combatting human trafficking and modern slavery.

As Archbishop of Westminster, he is also Chancellor or Mater Ecclesiae College.

He is patron of a number of Catholic charities including the Passage and the Cardinal Hume Centre. 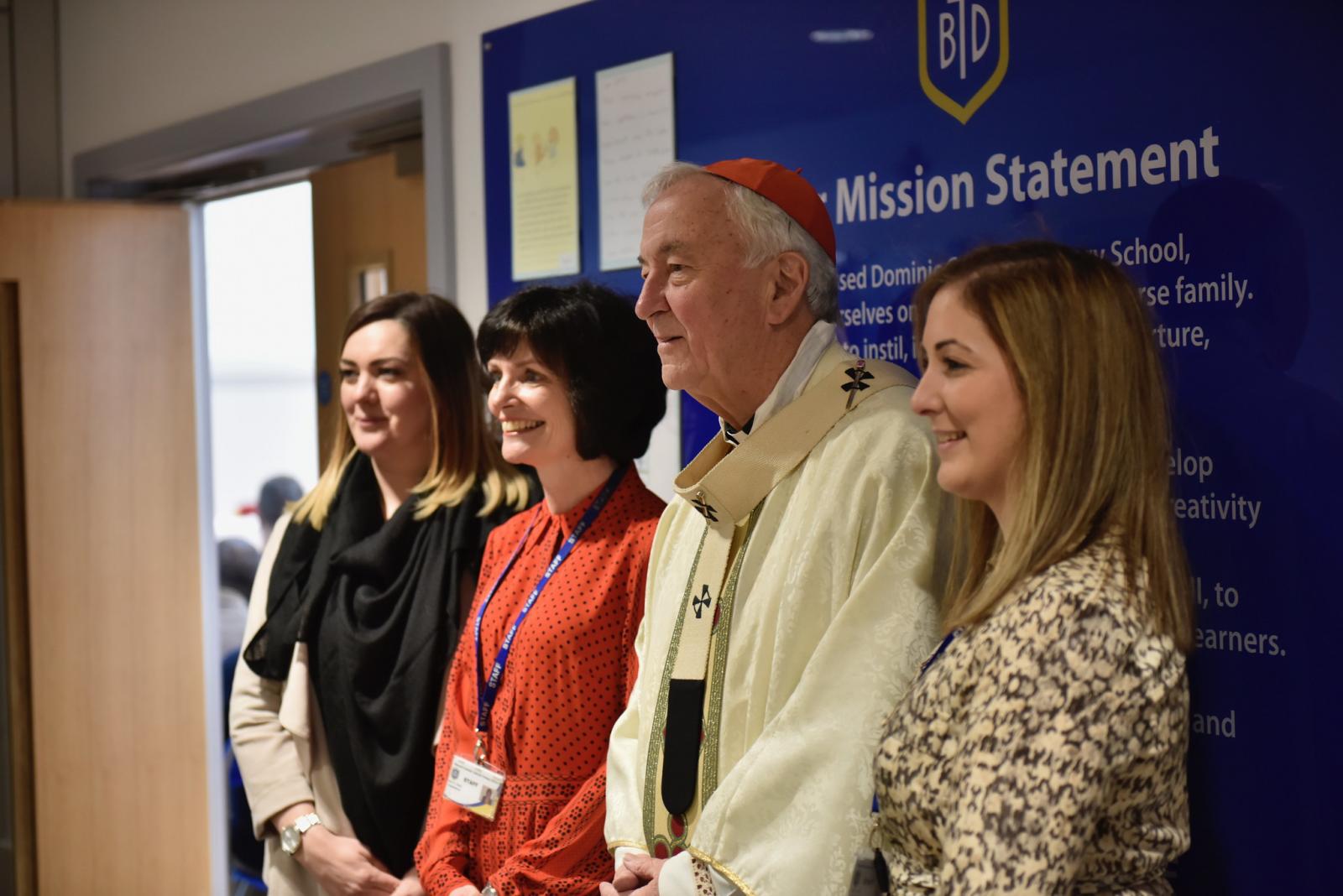 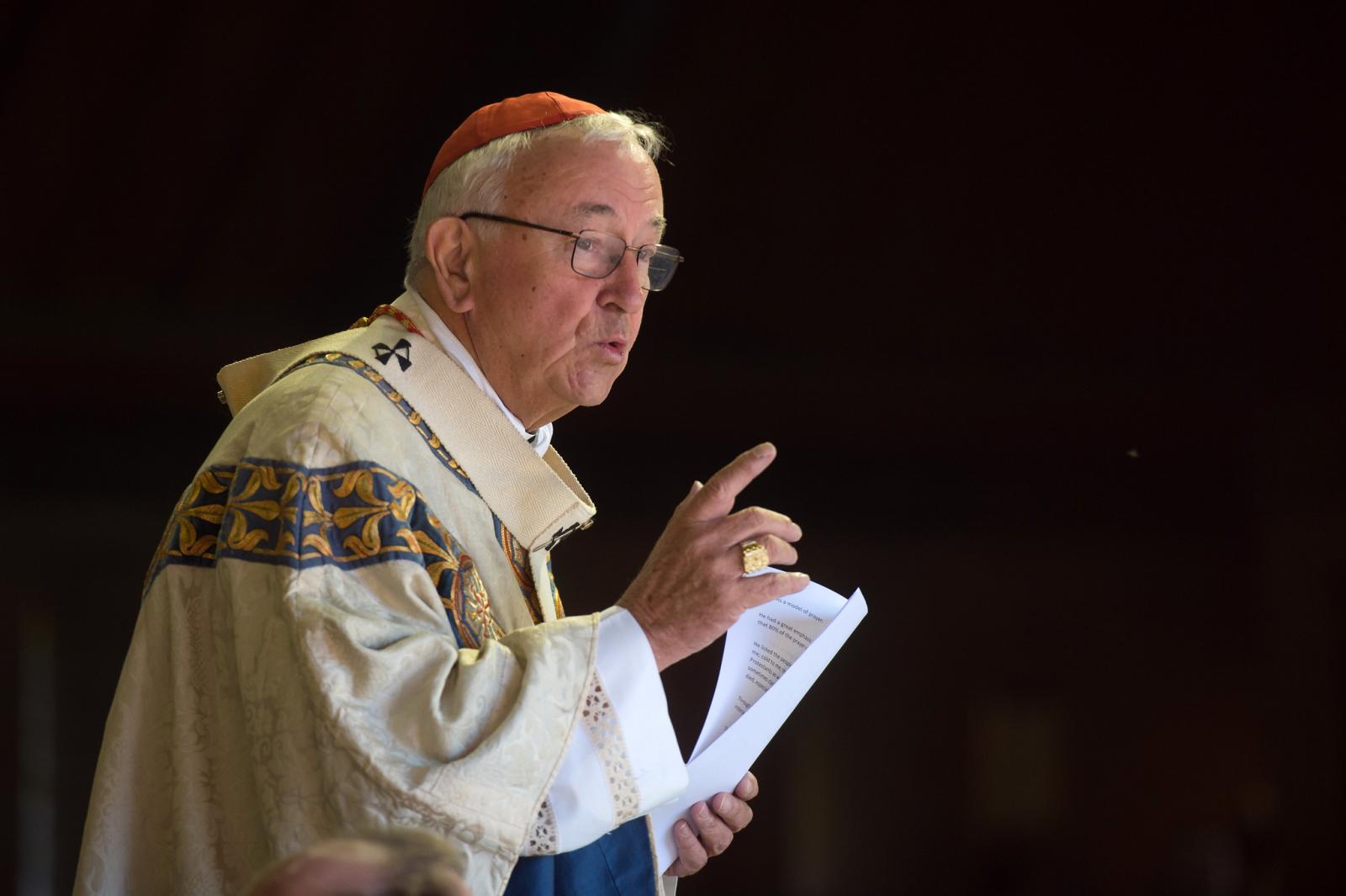 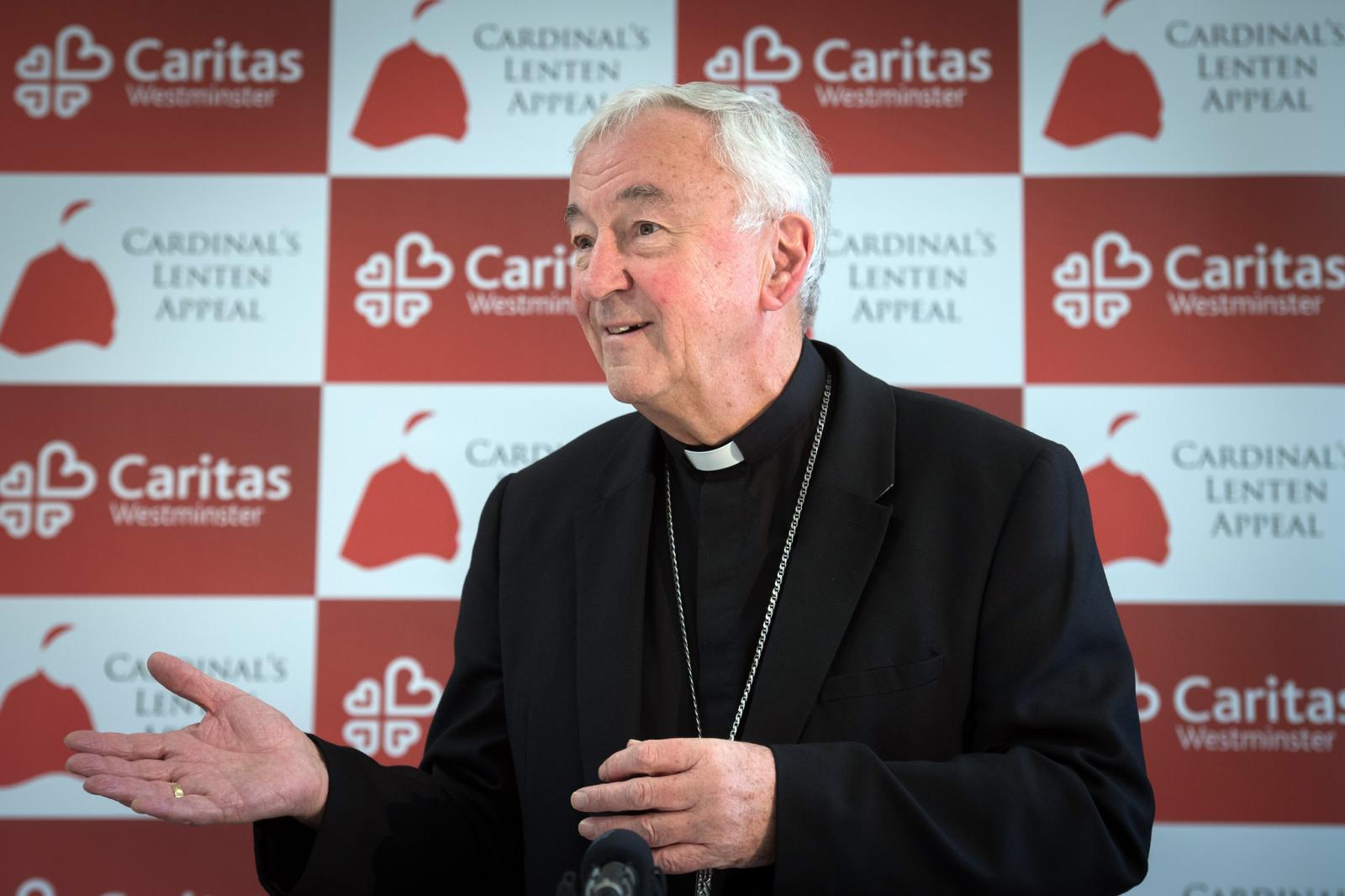 Addresses
Latest News from the Cardinal