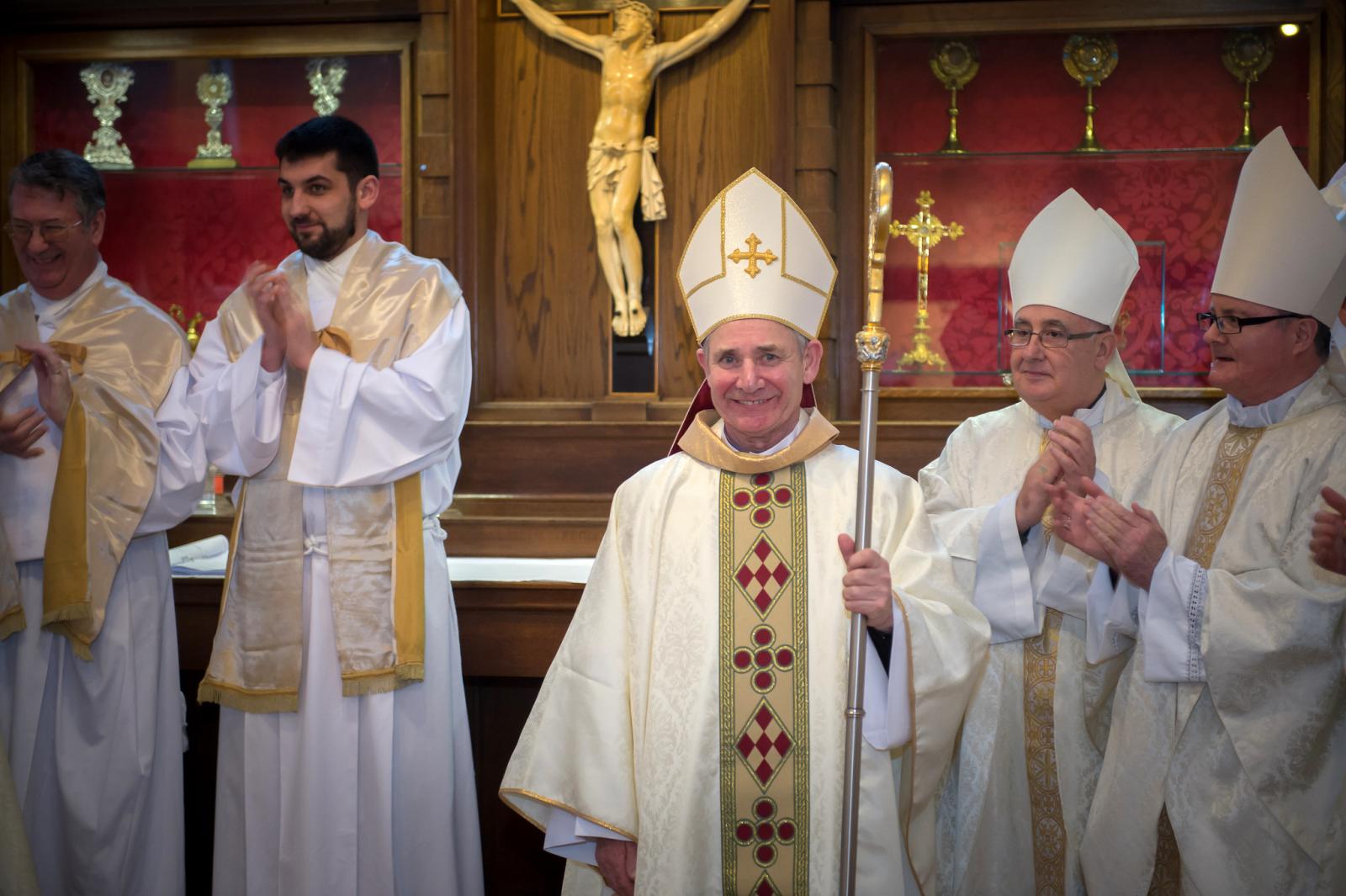 Bishop Paul McAleenan was ordained Auxiliary Bishop of Westminster and Titular Bishop of Mercia on the Feast of the Conversion of St Paul, 25 January 2016.

Bishop Paul has pastoral care of the deaneries of Hertfordshire.

Bishop Paul is Chairman of the Advisory Committee for the work of Caritas in the diocese. He also has oversight of all matters concerning Ethnic Chaplaincies and the work of the Permanent Diaconate. He is also the episcopal contact for the diocese's work with sick and retired priests.

Within the Bishops' Conference, Bishop McAleenan is the Chair of the Office for Migration Policy and a member of the Department for International Affairs.

Prior to his episcopal ordination, Bishop Paul was a priest of the Diocese of Westminster for over 40 years. He was ordained to the priesthood on 8 June 1985 and has served in various capacities throughout this time, beginning as Assistant Priest at Our Lady of Grace and St Edward in Chiswick. In 1987, he was appointed Assistant Priest at St Aidan's in Acton and Chaplain at Hammersmith Hospital. In 1990, he was appointed Assistant Stevenage Team Ministry.

On 24 November 2015, he was appointed Auxiliary Bishop of Westminster by Pope Francis.