World Day for Migrants and Refugees 2020 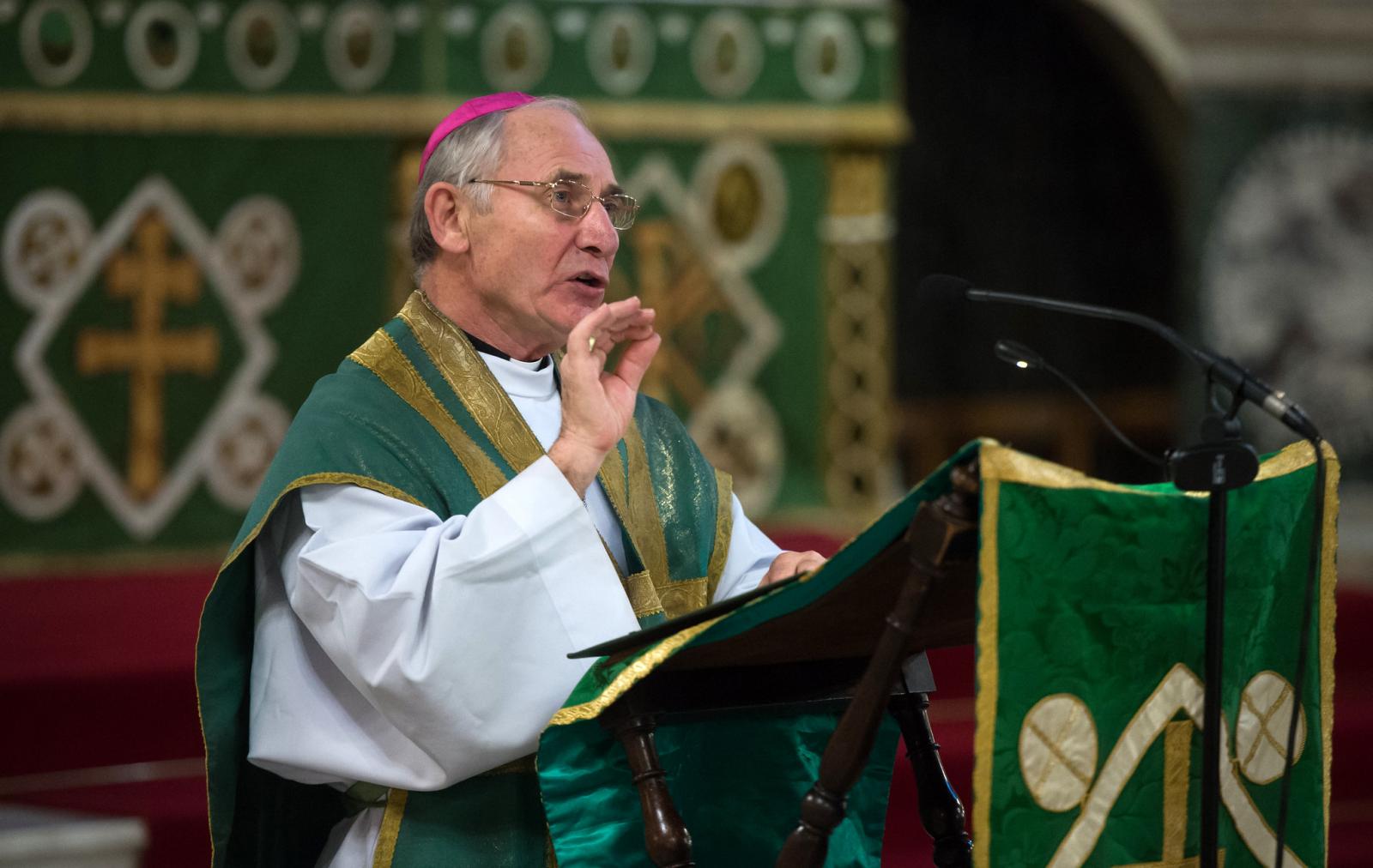 Given at the Mass for the World Day for Migrants and Refugees in Westminster Cathedral on the 26th Sunday in Ordinary Time, 27th September 2020.

There is constant movement in our relationship with God. We are either gradually moving towards or away from him. The Gospel today (Matt 21:28-32) gives us examples of such movement.  It tells us of someone who decides on a course of action and then ‘thought better of his decision’. He changed his original plan, like another figure in the Gospels who enjoys the name ‘the Prodigal Son’ who changed his mind, and returned to the Father’s House. We call such movement a conversion. One of the psalms asks the question, ‘Who shall climb the mountain of the Lord, who shall stand in his holy place?’, and provides the answer, ‘the one with clean hands and pure heart who desires not worthless things’. Due to freedom of choice to which Ezekiel refers in the first reading (Ezek 18:25-28), one can with God’s grace have a change of heart, a change of mind and so move in God’s direction.

Today, the 27th September 2020, and the last Sunday of September every year is dedicated to a group, an enormous group, who are on the move or have moved from one place to another, not spiritually but physically.  Today is the World Day for Migrants and Refugees. In their case it is not freedom, but often the lack of freedom, which caused their movement.

This year Pope Francis has themed the Day ‘Forced to flee like Jesus Christ’. Those few words capture the image of Mary and Joseph with the infant Jesus abandoning all that was familiar as they crossed the frontier into Egypt to escape.

There are many reasons why people leave their homeland or move to another place within it: persecution, violence, war, hunger, environmental degradation. To survive means they must leave all behind.

In that act of movement migrants and refugees lose everything that is dear to them; they are uprooted from all that is familiar to them, losing homes and relationships, not knowing what lies ahead. Perhaps the temptation to return to the familiar does cross their minds but they know they will return only to hardship, poverty, hunger. For their own sake and the sake of their families they seek a better life and a new beginning.

There are migrants and refugees who must leave their home and are displaced within their own country, IDPs as they are called, internally displaced persons.  There are many as we know very well who upon being forced to leave their homeland set out for countries which have a reputation for justice and for upholding human rights, hoping that there they may be respected and have an opportunity to build a better life.

Sadly, due the impact of environmental change and degradation, among migrants and refugees there are those whose means of livelihood have been destroyed. No matter how hard they try they can no longer make their living from the sea or the land; to remain it not an option.

Such migration is of course connected to a bigger problem which affects us all: climate change. In his writings Pope Francis equates the cry of the earth with the cry of the poor. Both are connected; in being attentive to one we listen to both.

On this day we are asked not to judge but to be more aware, to listen more deeply and attentively.

I have been able to meet some of those whom we remember today. On one occasion it was early on a very cold November morning near Calais. I was told where some migrants could be located, it was in a clearing in a wood. A group had built a fire from twigs and branches which had been broken from trees during a recent storm.

Early in the morning as we approached the group of young men, who had fled war in Eritrea and South Sudan, rose from their seats and invited us to take their place close to the warmth of the fire. Astonishing, considering they had slept there in the open the night before, in light clothes in the cold and wet. Despite their experiences of violence, danger, rejection, a journey across land and sea of thousands of miles, they retained their humanity and gift of hospitality, and invited us into the warmth they had made.

Such experiences remind us of the truth of the words of Pope Francis when he said ‘every migrant has a name, a face and a story’. Each migrant and refugee is a human individual, not to be left outside and cold and hungry, but invited into the warmth through first and most importantly recognising their humanity.

We have a common humanity. Spaced out as we are in this Cathedral, the absence of you who are watching online and who would love to be present speaks of our own vulnerability, our fragility of uncertainty. In these circumstances we can if we wish identify with migrants and refugees who long for a brighter future, just as we do, and strive not to lose hope in the midst of worries, fears and hostility.

In his letter Pope Francis writes, ‘Sometimes the impulse to serve others prevents us from seeing their real riches’. They do not move empty handed. Materially they have little, though they have gifts to share and a contribution to make.  Migrants and refugees in their journeys encounter a great range of attitudes, on occasion indifference, sometimes rejection, but thankfully there are also times when they are greeted and welcomed. It is often overlooked that migrants and refugees bring treasures of their own.

In getting to know them we begin to understand, in involving them as the Holy Father states ‘they themselves are made agents in their own redemption’.  The first son in the Gospel reversed his decision; he was prompted into positive action. Christ’s decision was to be with the poor, to be one of them. It is the decision of the Church to accompany those with whom Christ identified, including migrants and refugees, to speak on their behalf, to draw attention to their plight, to demand that their human dignity is respected, and to support them as they search for a place they can call home.