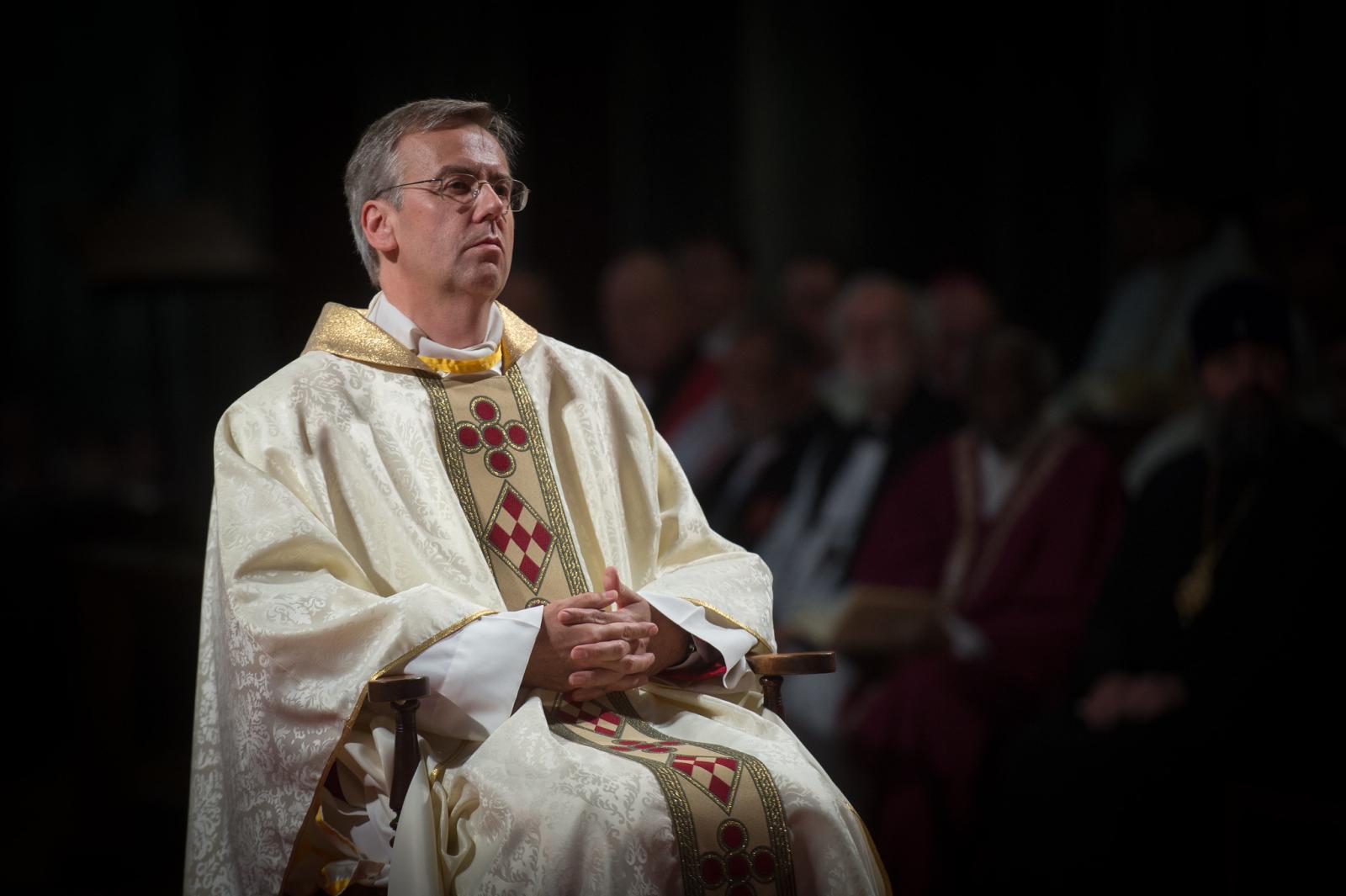 Bishop Nicholas Hudson was ordained Auxiliary Bishop for the Diocese of Westminster on 4 June 2014. He is Titular Bishop of St Germans.

Bishop Nicholas has responsibility for the pastoral care of Central and East London, consisting of the Deaneries of Camden, Hackney, Islington, Marylebone, Tower Hamlets and Westminster. He also has oversight of the Agency for Evangelisation, Youth, and Justice and Peace.

He completed six years’ study of philosophy and theology at the Venerable English College, Rome, with a Licence in Fundamental Theology from the Pontifical Gregorian University.  Bishop Nicholas was ordained a priest for the Archdiocese of Southwark in 1986 by Archbishop Michael Bowen in the Church of the Sacred Heart, Wimbledon. He served as assistant priest in St Thomas of Canterbury in Canterbury for his first appointment.

Following further studies at the Catholic University of Leuven in Religious Education, Catechesis and Evangelization, he was appointed Director of the Southwark Christian Education Centre in 1992.

In 2000 he was appointed Vice-Rector and in 2004 Rector of the Venerable English College, Rome, where he served until 2013.

Immediately prior to his ordination as Bishop, he was parish priest of Sacred Heart in Wimbledon, the parish where he was baptised and later ordained.

1987-91   Assistant Priest in the Parish of St Thomas of Canterbury, Canterbury