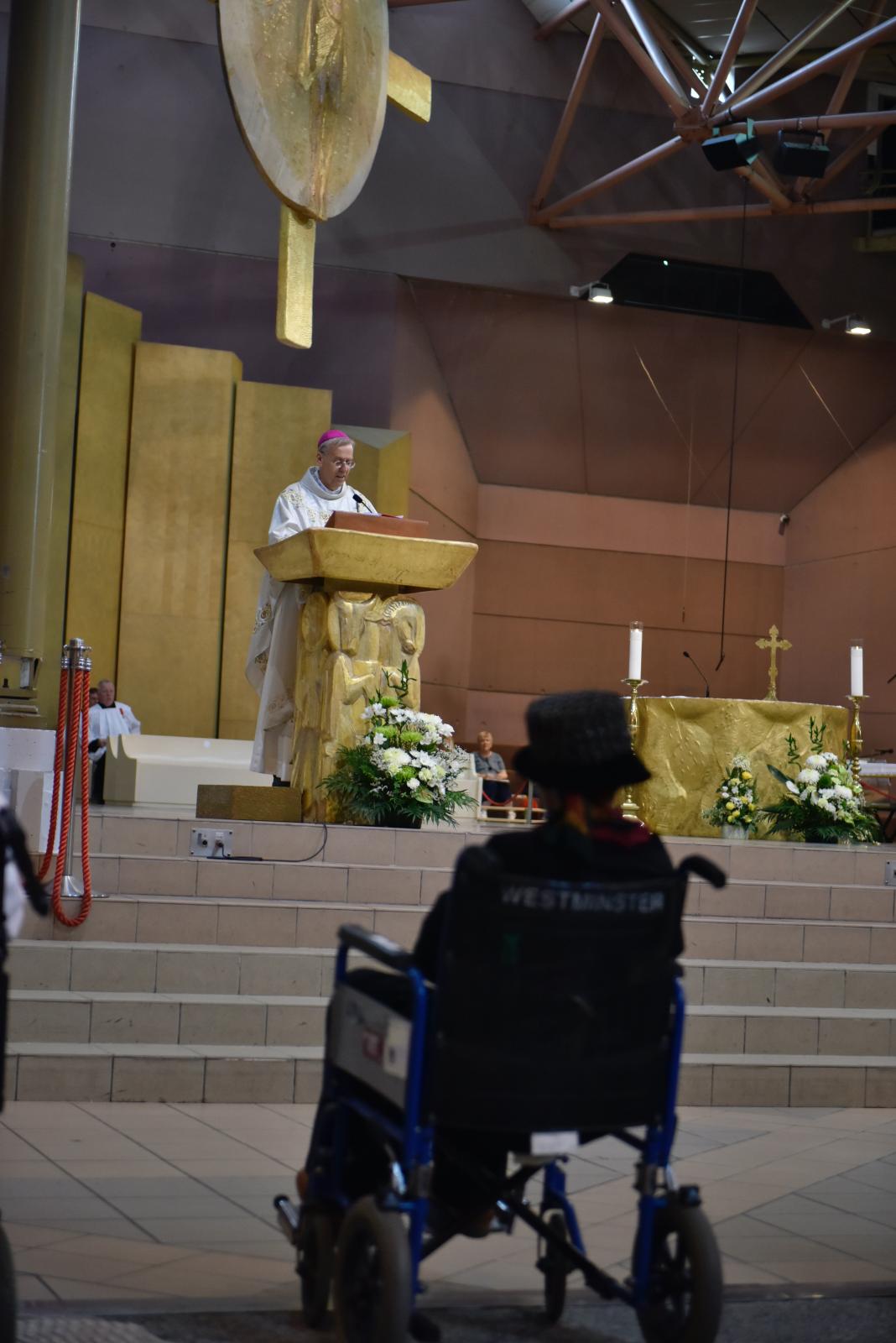 Caves are powerful places. In Lourdes, we're drawn inexorably to the cave of Massabielle, the cave of the apparitions.

It's not till we've reached it that we say to ourselves, 'Thank you for bringing me back to Lourdes, Lord.'

Of course, it was in a cave, a rock tomb, that the Lord himself was laid to rest. And people who have visited Bethlehem are surprised to learn Jesus was born in a cave too. The stable was a cave.

As pilgrims, we love to touch the rock of these places, be it in Bethlehem or Jerusalem or here in Lourdes

As we do so, we tell ourselves, 'To think this rock witnessed these very events.' We feel a communion with those who touched these places before us: Mary and Joseph in Bethlehem, Bernadette here in Lourdes, Mary of Magdala at the Holy Sepulchre. Prayer is so much easier in these places. You need only close your eyes and you can imagine Mary and Joseph kneeling in wonder at their new-born; Bernadette kneeling at the cave entrance;  Mary of Magdala kneeling outside the tomb and weeping.

It's this latter scene the Church invites us to make our primary focus today. It is extraordinary what is happening here: Jesus is about to reveal himself for the first time in his Risen form. What an impact that is going to have! All that has happened these last three days in Jerusalem is about to explode into the kerygma.

By which I mean Mary will return to the Twelve cowering in the upper room and tell them something which will transform their lives forever. Peter and John will run to see for themselves; and soon be telling all sundry in a way that is going to reverberate across the known world that this man Jesus, whom the people of Jerusalem put to death on a tree, God has raised to his right hand: the kerygma, the Good News which transforms the world and transforms souls.

John the Evangelist invites us for now however just to stay in the moment. Imagine you see Mary kneeling alone at the mouth of the cave; turning suddenly to behold one whom she assumes to be a gardener, weeping, as she says to him, 'Sir, if you have taken him away, tell me where you have put him.' Hear him say to her, 'Mary!' Imagine the explosion of joy within her.

One of my brothers tells me that when he struggles to concentrate at the moment of receiving Holy Communion, he recalls to himself this scene. He imagines himself approaching the cave like Mary; waits to hear the Lord call his name and ask him, 'Lord is it really you?'

You might like to try it for yourself, either at the moment of receiving Holy Communion here or when you make your way to the cave later, as I'm sure you will. Imagine the Lord calls you by your name; and what you'd like to say to him.