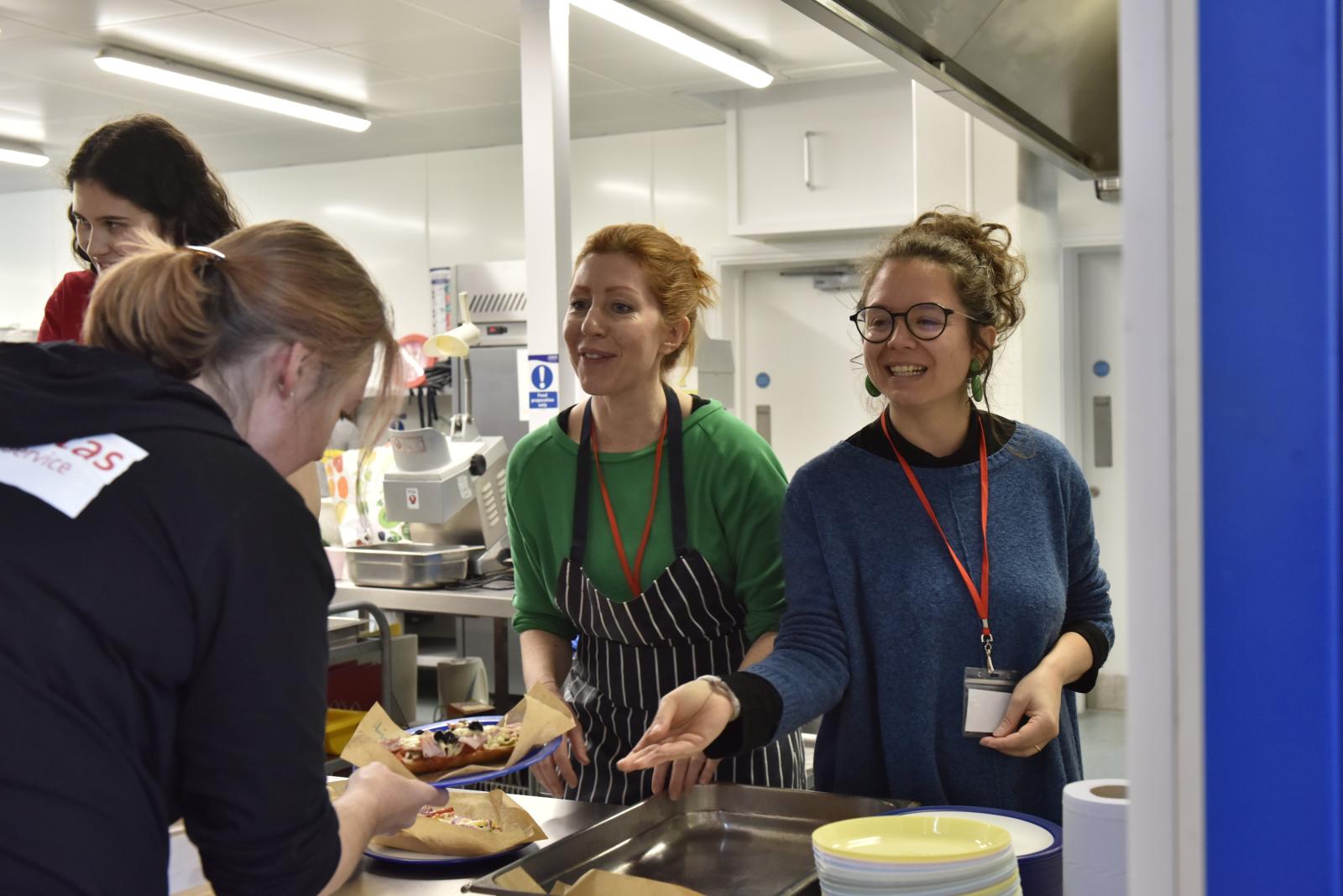 The latest edition of the Westminster Record is now available on Apple Podcasts, Anchor, YouTube and Spotify.

Ten years ago, the social action agency of the Diocese of Westminster was born, to support parishes in sharing that distinctive brand of love known as Caritas, which Pope Benedict XVI described as 'an extraordinary force which leads people to opt for courageous and generous engagement in the field of justice and peace'.

The past decade has seen a pandemic, a squeeze on the cost of living, a financial crash, and many other issues of justice and peace, each of which Caritas Westminster has adapted and responded to. Director of Caritas Westminster, John Coleby, Caitlin Boyle, Information Officer and Gail Williams, Manager of St Joseph's Pastoral Centre, speak on how Caritas Westminster has developed in this time, and what opportunities and challenges it faces in its future.

Obviously an exciting moment to have hit 10 years for Caritas. John would you like to give an overview of how it started and where it came from?

John: So I got involved in 2013 when I was Director of St Joseph's Pastoral Centre. But little did I know, in 2010, just when I arrived in role, the visit of Pope Benedict initiated some thinking around the development of diocesan Caritas. We began to pull together some of the pre-existing organisations and groups in the diocese into an umbrella that could lead and develop in a more systematic way the social action, which was being done in lots of different places but also in the agencies like the Deaf Service and St Joseph, more coherently. And we've spent the last 10 years doing that. 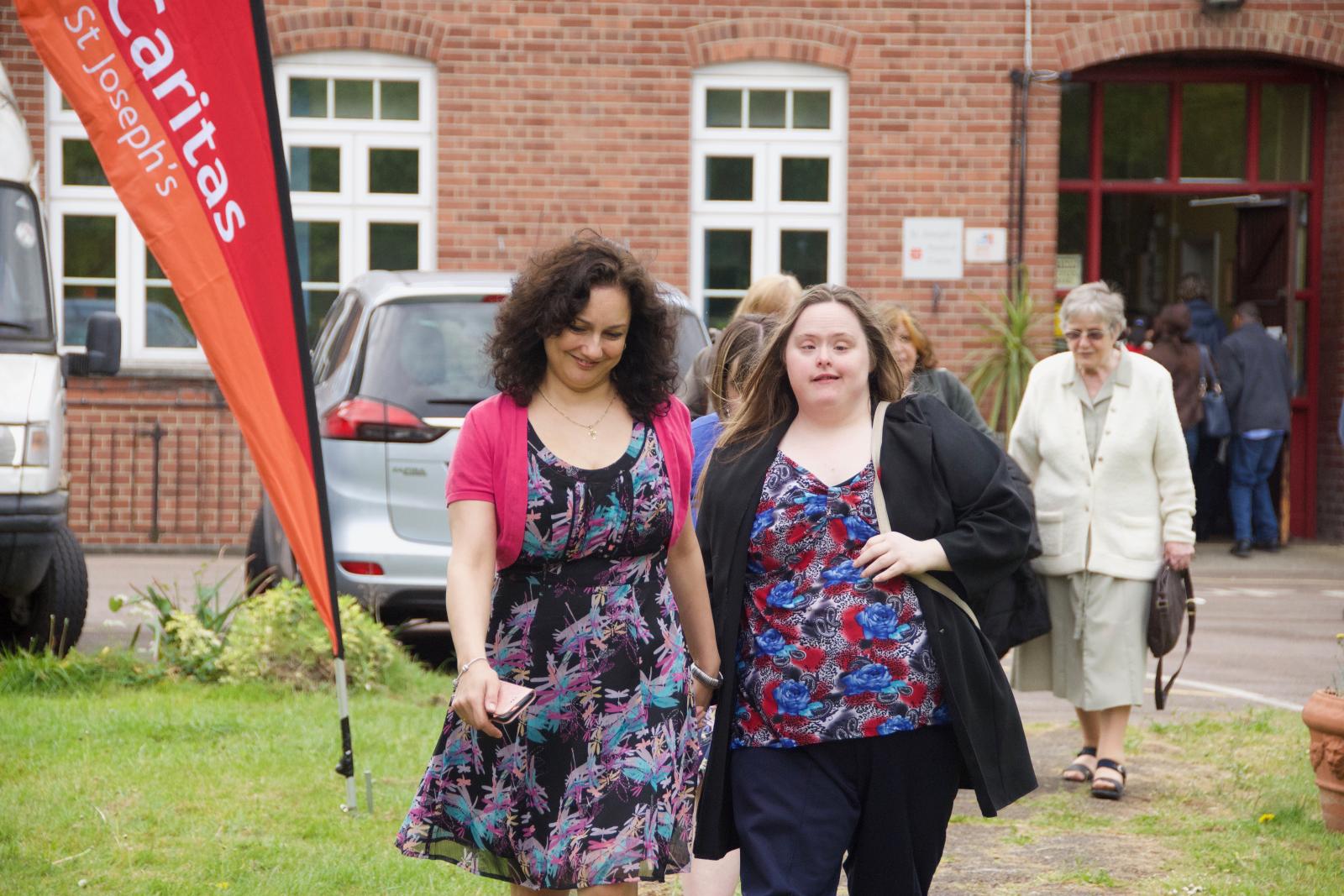 Caitlin and Gail, what's been your involvement with Caritas?

Gail: So, I was already working as an outreach worker for St Joseph's at the time of Caritas' inception. For a girl from the outreach working and journeying with the families, coming in was a big change for me. When I first started, we only had about 90 students. Now we have over 175 adults with learning disabilities, across three centres that we support in life long learning, social enterprise, work experiences, skills for life and work. In the outreach, we still support 300 families, with over 65 volunteers to walk and journey and accompany the families. I think the most important development that we've managed to do at St Joseph's, is to make people realise you don't do something to others, you meet them where they are and accompany them on that journey.

Caitlin: My first encounter with Caritas was probably about 2013 when I was a volunteer in Lourdes, and I first encountered St Joseph's. I got the opportunity to talk to some of the members of those teams about the work they did, and I thought it was such a wonderful way that they worked. They're actually listening and journeying alongside them. I was really inspired by what I had seen and then a few months later a job vacancy came up at Caritas. I really enjoy being part of an organisation that has so many different strengths, such wonderful knowledge and experience among the team, and the fact that it is rooted in our faith.

So, 10 years ago, 2012 it must have been, how has it developed from then till now? What have been the biggest changes?

Gail: I think the way the roles have developed, we all had to settle in. It wasn't really set in stone what we were meant to do, or how we were meant to do it, so we were feeling a lot of the way for the first couple of years. It was just the kernel of the idea, but I think it's quite unique the way it's panned out, within Westminster. 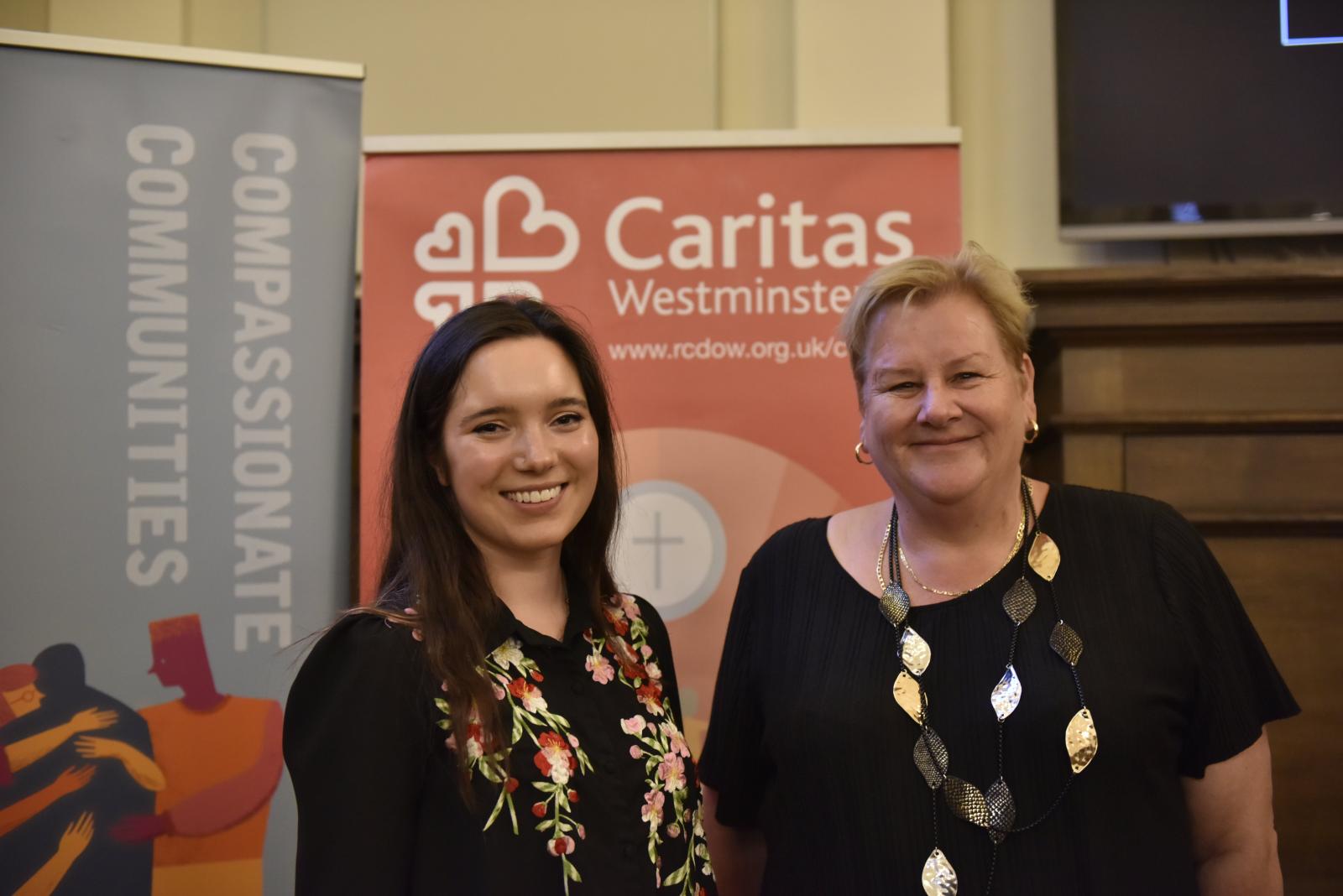 Caitlin: I think as well, that evolution is one of Caritas' real strengths in that if there is a particular issue, then we try and respond to it. That's very much how Bakhita House came to be, but also the Caritas Food Collective. We've seen particularly over the pandemic, just how vital this is and I think that the fact we were in a position to be able to say, look this is an issue, what skills have we got in our team, what can we do to make a difference, has meant that now we're in a position where we can speak very confidently about particular issues

What have been the flashpoints, the things or moments people might have forgotten, which have contributed to Caritas being where it is today?

John: Well I think the financial crash of 2008, which obviously clearly predated Caritas and also predated my involvement and work at the Diocese, but the fallout from that was massive. The years of austerity after that, and the evisceration of local authority funding, not just for individuals but grant funding for small charitable organisations, has meant that organisations like St Joseph's and Caritas have had to respond to the need. Other church groups have had to get involved and do things they never thought they'd have to do, or have the ability to do. Pandemic, yes, and we're still working through the aftershocks of that. Now we see the war in Ukraine which is beginning to occupy our thinking, and how we respond to the parallel rise in inflation and the poverty people are beginning to experience. Poverty has always been around, but this is a particularly tough time. 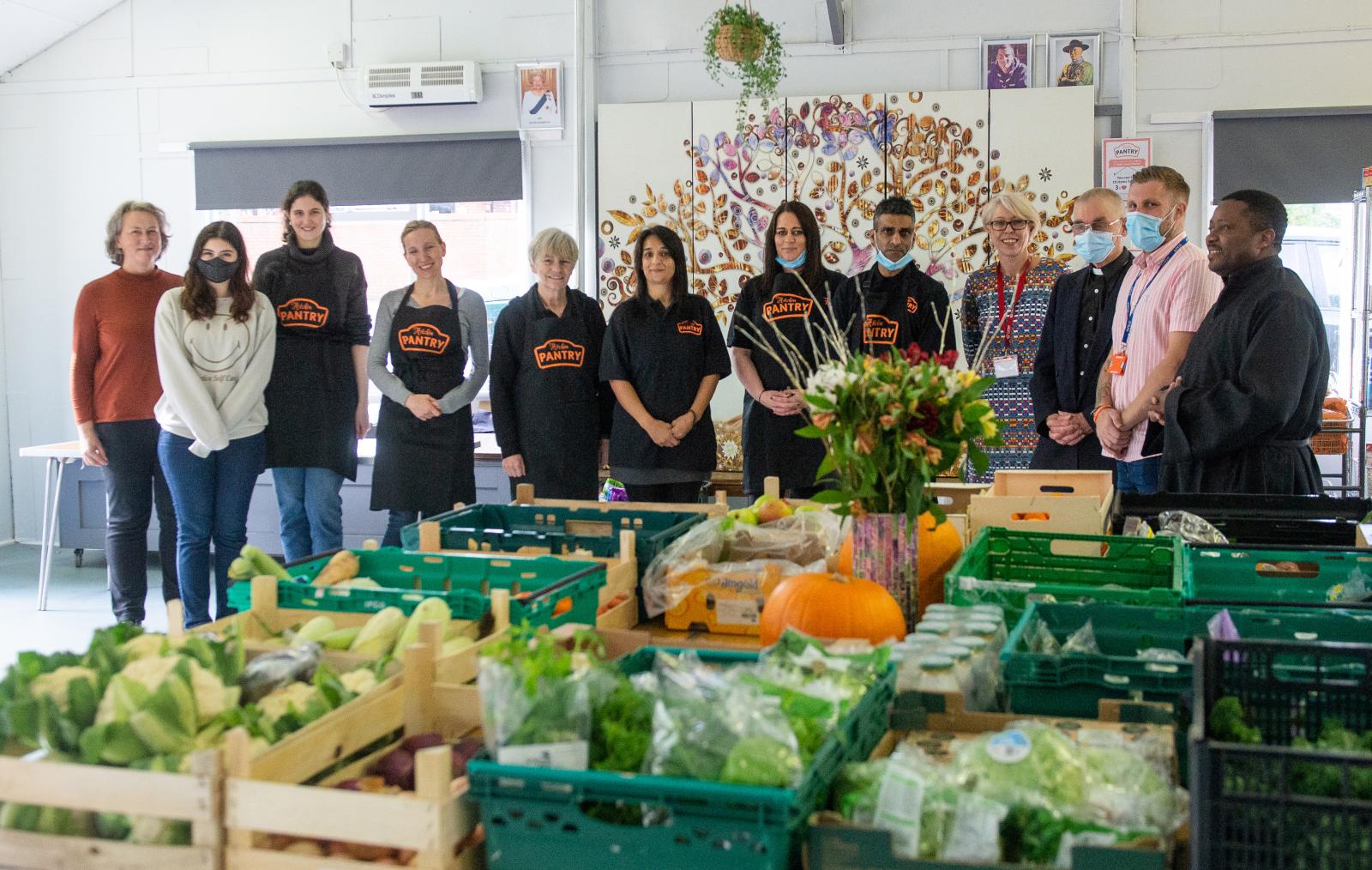 Gail: I think what we realised with the COVID pandemic, was while we had supported quite a lot of people for so long, when the pandemic hit, our group became one of the most isolated, very vulnerable. It was really really bad and it made us rethink the way that we approached our work. So we sat down and went right back to the drawing board across everything that we deliver and in the second lockdown, our students responded much better because they had everything there in place just by being back in the centre for a few weeks and us changing the goals that helped them.

Looking for the Westminster Record in full? Click here to listen wherever you get your podcasts.

Email to a friend Printable version
Past Editions 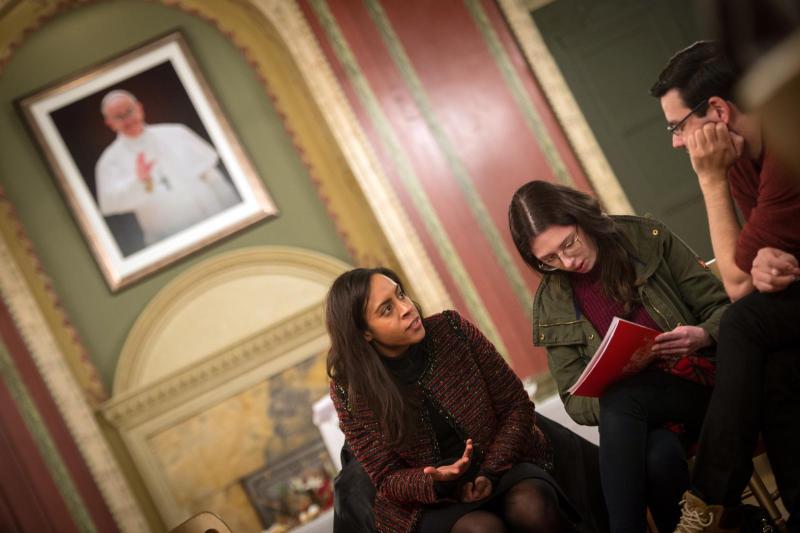 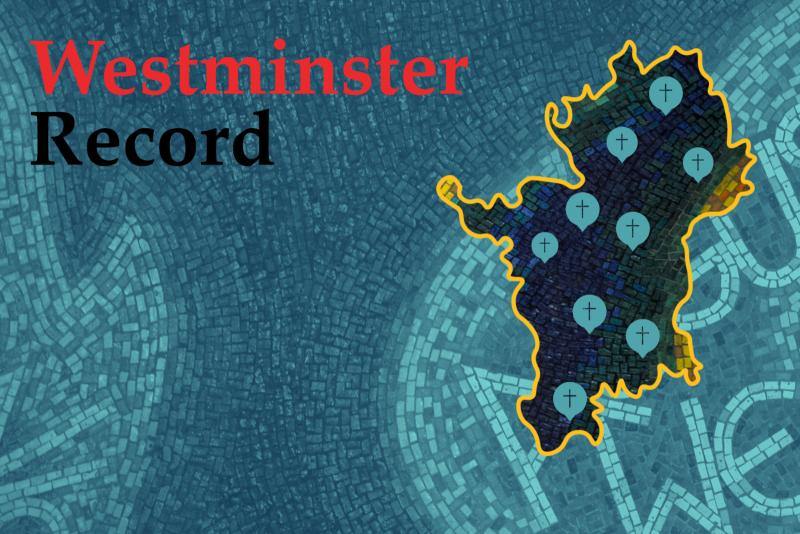