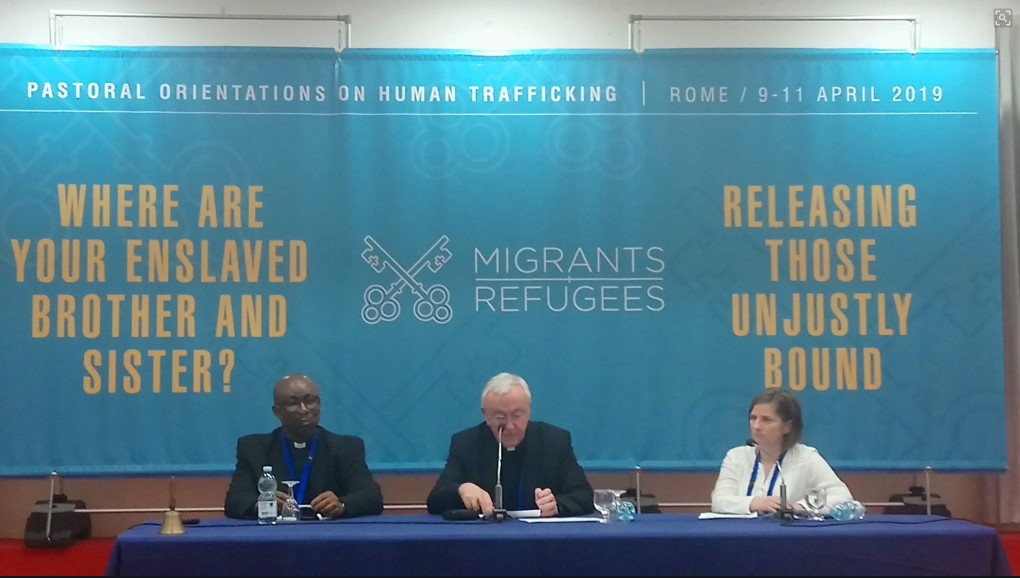 In an interview with Vatican News, during a conference on human trafficking in April, Cardinal Vincent spoke about the possible use of technology to strengthen the global network of the Catholic Church in the fight against human trafficking. ‘One of the themes of the conference,’ he said, ‘is about raising awareness and education.’

He explained that ‘there’s much more we can do to alert people to where the phenomenon of human trafficking is most likely to be found. We can create apps that put in people’s pockets a means of response when they feel themselves at risk or in danger.’

He paid tribute to the network of religious orders around the world who, through a simple phone call, can organise help for a victim of trafficking who may want to return to their original homeland. However, he noted, more can be done to raise awareness and to ‘help strengthen, to give muscle and flexibility to the global network of the Catholic Church.’

This is where technology can help and one means is the creation of apps. He referred to the Safer Car Wash app, developed through a partnership between the Clewer Initiative and the Catholic Church in England and Wales, which presents users with a series of questions that alert them to signs that a particular car wash may be exploiting victims of trafficking, thus enabling them to ‘send a message almost immediately to a national police resource who will then investigate.’

The Cardinal noted that, according to recent reports, ‘this app has succeeded in vastly increasing the closing down of car washes that were employing slave labour. So we are looking at the possibilities given us by modern technology.’

He explained too that, in addition to raising awareness of what people are buying, it was also important to raise awareness among and generate new opportunities for young people who are at risk of being trafficked. He cited an initiative of the Diocese of Benin and Uromi in collaboration with the Santa Marta Group, in Edo State in Nigeria, to generate new opportunities for young people in farming, a traditional skill and occupation, ‘so that they have an alternative to leaving their homeland and seeking some quite false hopes in Europe and other parts of the world.’

He also spoke about the symbolic importance of the Holy Father asking Sr Eugenia Bonetti, a Consolata Sister, who is the founder and President of the Association ‘Slaves No More’, to prepare the Stations of the Cross meditation for Good Friday. ‘The Stations of the Cross at the Coliseum are televised all over the world, and that will help to bring this traumatic situation, that the Pope describes as ‘a wound in the body of humanity”, to the attention of a much wider population.’

The Cardinal was attending an international conference on human trafficking, promoted by the Migrants and Refugees Section of the Dicastery for Promoting Integral Human Development, in his role as President of the Santa Marta Group. The conference took place in Rome from 9th to 11th April.